The rich history behind how an Alaskan Dairy farm became a recreational destination.

Charles Hinckley built a log barn and started a dairy farm business when he arrived in Fairbanks in 1904.

In 1938, Charles Albert Creamer built the modern-day barn when he took over Hinckely.

The State of Alaska purchased all of the land surrounding the dairy in 1969 to establish the Migratory Refuge.

More than 100 birds and mammal species (mallards and sandhill cranes) reside in their habitat.

They protect the quality of habitat to wildlife, like waterfowl and other migratory birds.

The public can roam around the area for research, nature education, and viewing purposes.

Ensure not to miss the Alaska Bird Observatory, which has studied Alaska’s 77 songbirds’ dynamics. 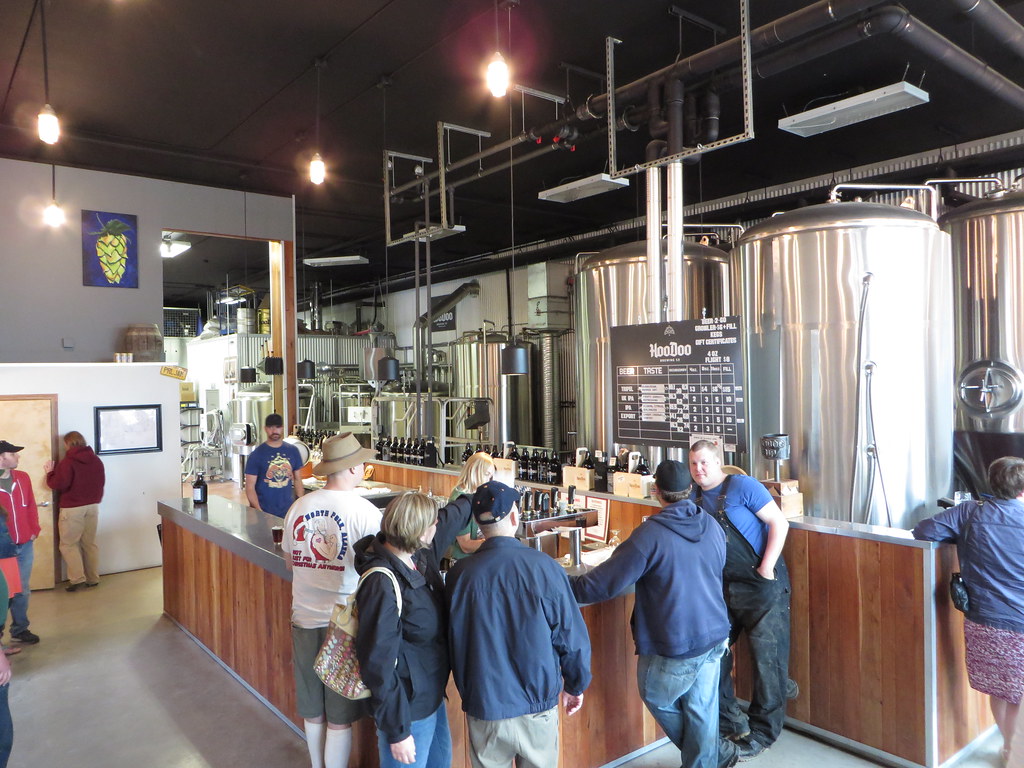 The HooDoo Brewing Company is one of the best things to do in Alaska.

Check out a hidden gem of a world-class beer brewery in Badger, Alaska.

In the heart of Alaska, HooDoo Brewing Co. produces world-class ales and lagers.

During a tour with the brewmaster, you’ll get an up-close look at the brewing process on their three-vessel system.

A Taproom located in the cellar and brewhouse is used to handcraft their beers.

Visitors can take a sip of a glass of their favorite brew.

Though they do not offer food, visitors are free to buy from their local food vendors’ partners.

Locals have praised the place for its lively atmosphere, rotating food trucks, and exceptional beer.

Classic German, Belgian, English, and American-style beers are offered at the Fairbanks brewery.

A beer flight in the tasting room is highly recommended for tourists.

Individuals can also hang out outside the company since there is a fire pit for the customers to enjoy.

HooDoo Brewing Company is where beer lovers would love to go. 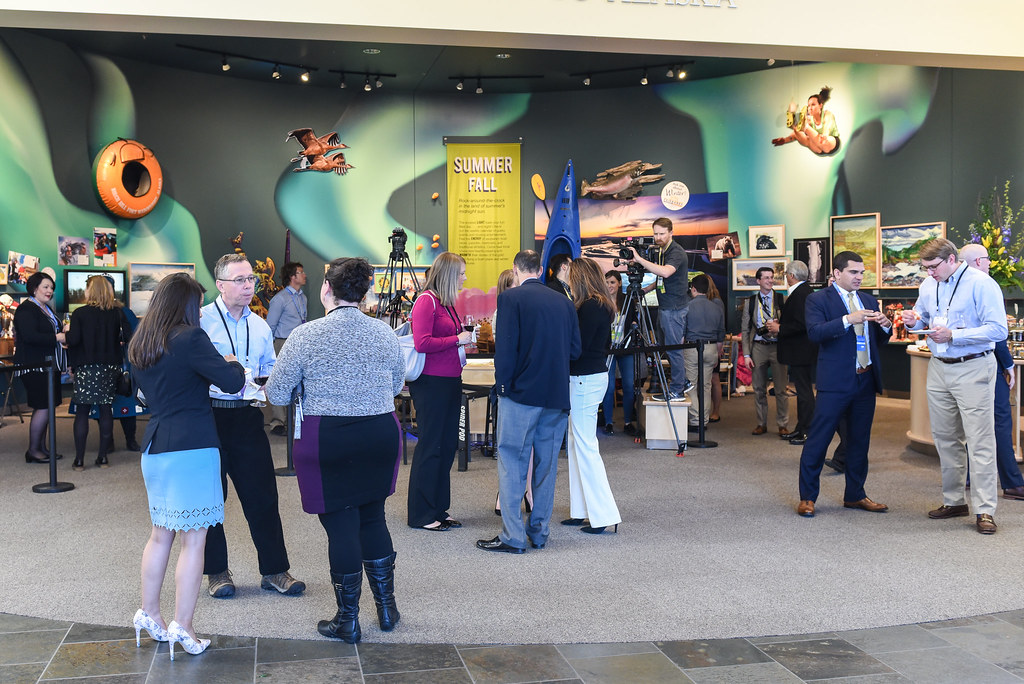 The Morris Thompson Cultural & Visitors Center is one of the top attractions in Alaska.

An excellent place to learn about the region’s natural and cultural history of Alaska natives.

Dioramas and fine exhibits are featured in the 9,000-square feet center depicting the landscapes, seasons, wildlife, and people of Interior Alaska.

Visitors may also post at-the-moment selfies as the Center has free WiFi.

There is also an Alaska Geographic store in the middle, a workshop for the artists, and an outdoor planning space for them.

All information you’ll need, such as exhibits of Alaska’s four seasons and Alaska Native music, art, dance, and sports.

The city’s famous Antler Arch, collected from all over interior Alaska, was built with over 100 caribou and moose antlers.

The Center’s exhibits, films, and daily programs are free, together with free parking for visitors.

A souvenir shop, workshops of artists, programs about different cultures,  and an area to plan for outdoor activities can be found in the Center. 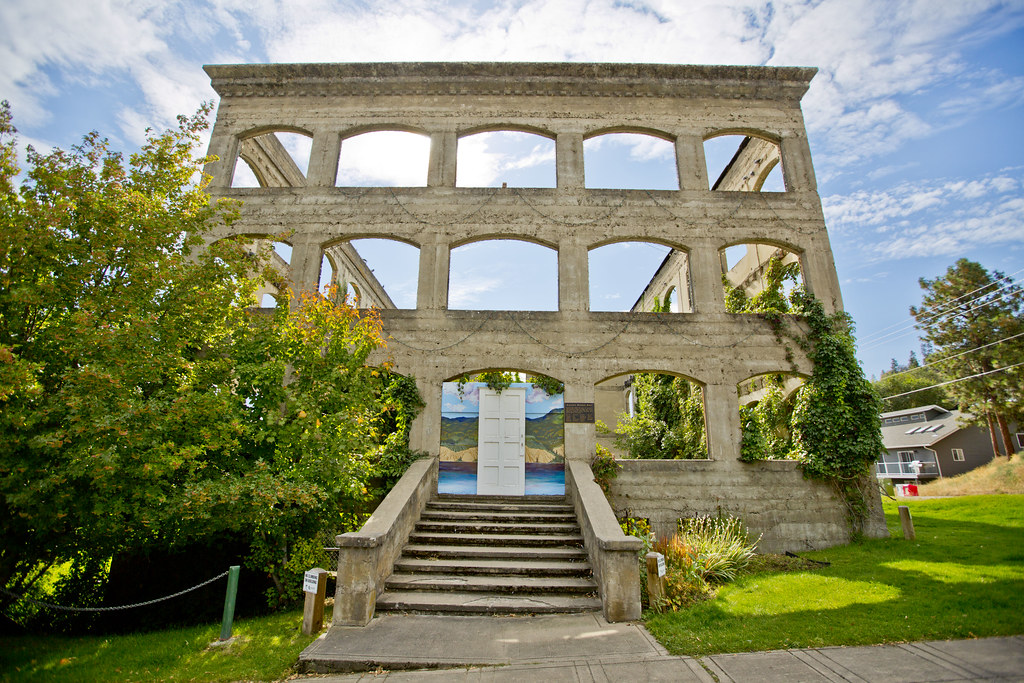 The Pioneer Park is one of the best places to visit in Alaska.

Learn about Alaska’s history with its historical pioneer park with museums, restored aircraft, riverboats, and playgrounds.

Discover what Alaska was like a century ago! Original Fairbanks buildings include museums and a replica of Gold Rush town street.

Pioneer Park was renamed in 2001 to represent the park’s focus on history better.

It’s also a 44-acre city theme park, complete with a carousel, a variety of stores and eateries, and a train that rounds the perimeter.

Check out the park’s train ride, old sternwheeler, and ride the carousel.

To find out about the life of miners back in the day, make sure to spot Mining Valley.

The mesmerizing tree-lighting ceremony has been a tradition in the park during Thanksgiving.

Visitors may wander around the Chena River, an Athabascan slang for “stick” and “river”—the Stick River.

For more information regarding the tourist spot, visit the official website of Pioneer Park and plan your trip to a historical museum. 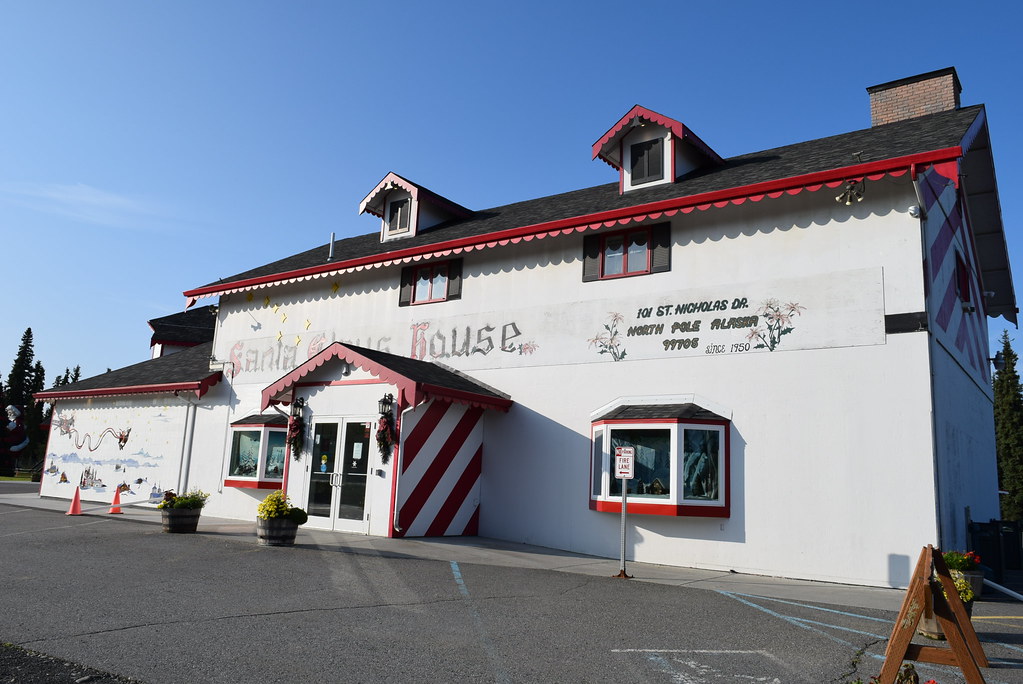 Meet the big jolly man and his house that started with a Santa suit.

To put it another way, Con and Nellie Miller came to Fairbanks in 1949 with $1.40 and two hungry children.

After arriving in the new region of Alaska, Con quickly established himself as a merchant and fur buyer in the neighboring areas.

In 1952, Con and Nellie Miller established it as a trading post on the Richardson Highway.

In those early days, Santa Claus House was more concerned with providing basic requirements than with stocking stuffers.

The Richardson Highway was shifted in 1972 to avoid the store’s position.

Since then, the Millers have maintained their storefront on the newly constructed four-lane highway, where it has remained since.

Rather than focusing on canned goods, the store began to stock more and more festive items for the holidays.

You cannot miss out on visiting Fairbanks. Do and see more exciting things to do in Fairbanks, Alaska!

University of Alaska Museum of the North 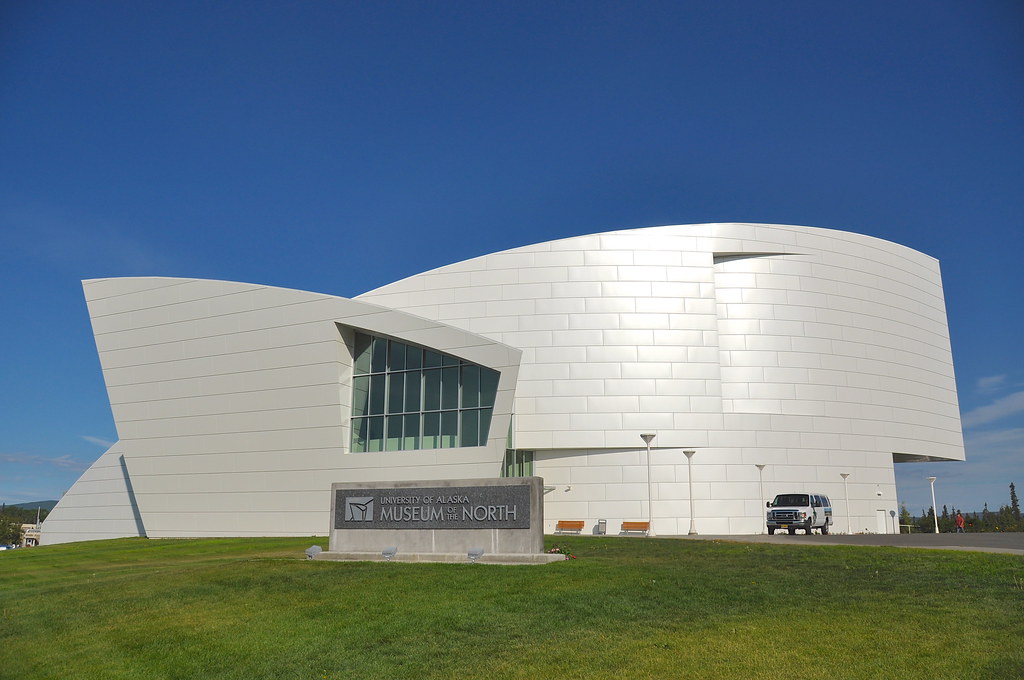 A museum of culture, history, wildlife, and breathtaking scenery awaits you in Alaska.

Visit the Museum of the North in Fairbanks, Alaska, to learn about the people and places that make up Alaska’s rich history.

Be mesmerized by northern lights multimedia presentations and the state’s gold-mining history.

The museum’s exterior combines clean and modern architecture evoked by the sharp lines.

Alaskan Native cultural treasures with the largest gold are exhibited in the Gallery of Alaska.

A mummified Ice Age bison is a good spot for children to enjoy together with videos of Native Alaskan dances and Northern Lights video.

Admire the aurora borealis and watch a documentary about the long winter months in Alaska.

A variety of Native Alaskan artworks are also up for sale.

Make sure to get yourself an audio guide of recordings from the Alaskan wilderness when you visit the museum.

Traveling and having fun in the USA? You have to check out this page – the best states to visit in USA for the most fun and unusual travel ideas.

Are you still on the fence about visiting Badger, Alaska? Check out reasons to visit Badger, Alaska at least once in your lifetime here.