Why go to Benin?

You must visit Benin at least once in your lifetime because many of the remains and temples from the once-mighty Kingdom of Dahomey may be found. Also, Benin’s national parks are great places to see wildlife. Fortunately, it is also one of the region’s most stable and safest nations to visit. Benin is one of West Africa’s best-kept tourist secrets because of its fascinating history, colorful culture, and well-protected wildlife, including the Grand Popo Ocean Beach and the Se Artisan Market.

Places to go in Benin:

What is Benin famous for?

Benin is famous for its long-standing reputation for the quality of its “bronzes,” and it’s ivory and wood carvings. Its museum, which opened in 1960, houses an impressive collection of some of the early items produced in the country. 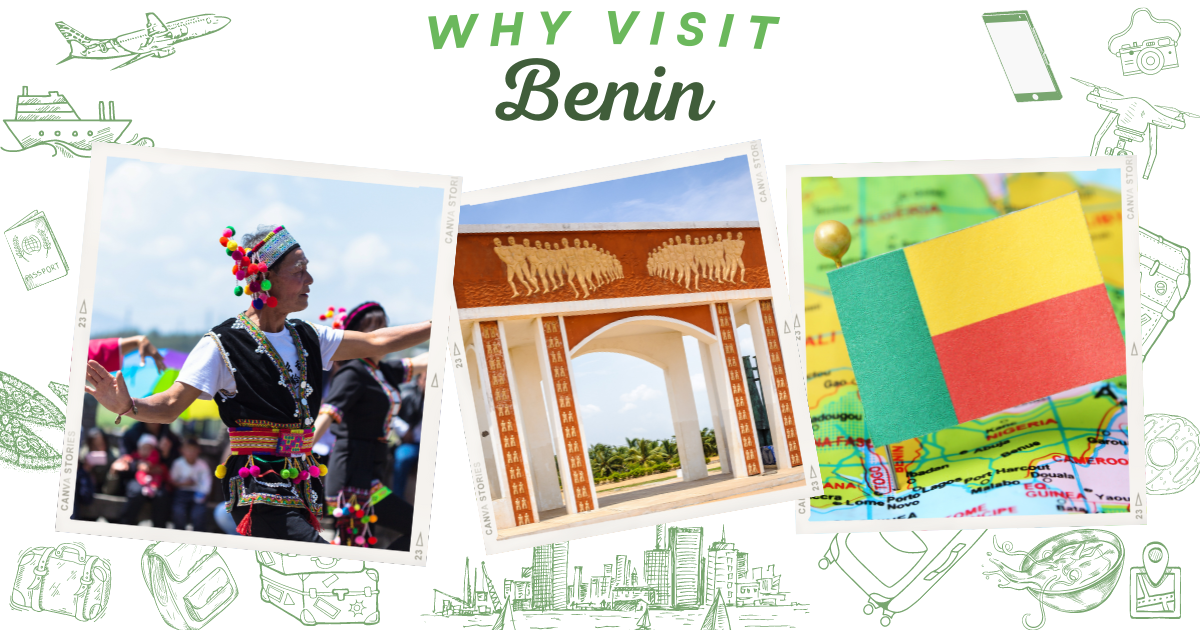 How big is Benin?

When is the best time to visit Benin?

The best time to visit Benin is the months of December to March.

How many days do you need to see Benin?

While on vacation in Benin for 14 days, I discovered that this country has permanently moved to its own rhythm. Benin offers a wide variety of interesting and exciting activities, such as eating fried beans and yams, canoeing across a lagoon, or retracing the pathways of enslaved people.

What is the cheapest time to go to Benin?

The low season (flights) to visit Benin is in the months of September.

Is Benin an expensive city to visit?

Benin is rated 130th out of 197 nations by the cost of living and the 155th best country to live in. People here like to spend their money at restaurants, and Benin restaurants provide delicious meals for low pricing.

How to save money when visiting Benin?

The best ways to save money when visiting Benin are:

What food (and drinks) is Benin known for?

Things you need to eat in Benin before you die: 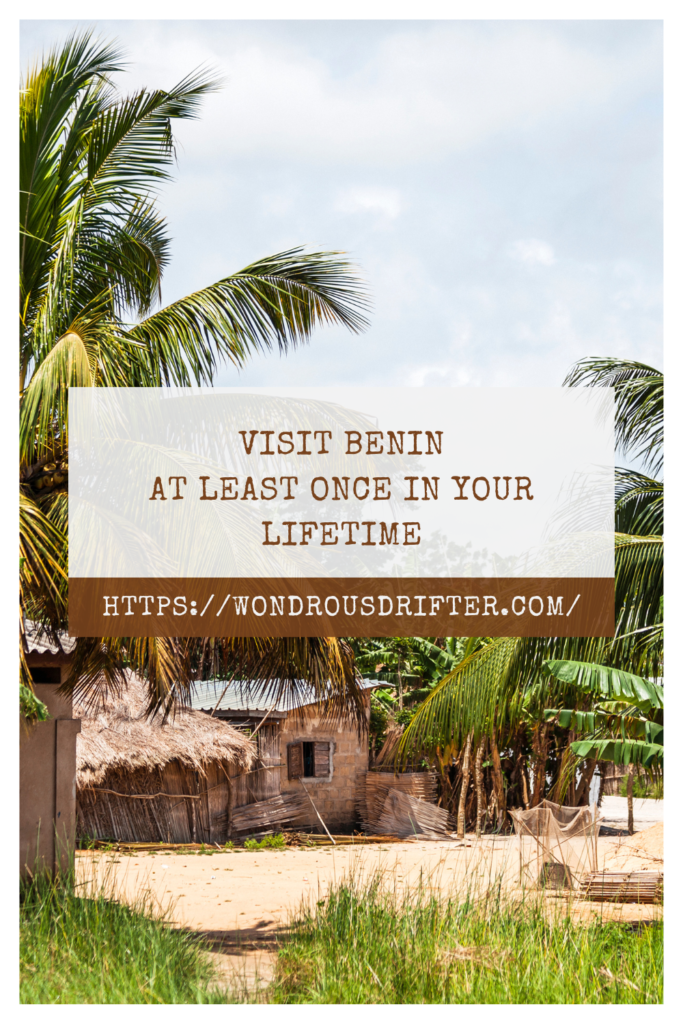 Is Benin safe to visit?

Benin is a polite and peaceful country. You should always be careful of your surroundings and be mindful of your valuables.

What is the best way to get around in Benin?

The best way to get around in Benin are:

What are the neighborhoods or areas I should stay in when I visit Benin?

The best areas you should stay in when visiting Benin are:

The best areas for food and drinks when visiting Benin are:

The best areas for shopping when visiting Benin are:

What should I do on my first trip to Benin?

You must be familiar with their way of life. When someone travels to a new location, they gain knowledge and meet new people. For a taste of another culture, Benin, Porto-Novo, is the place to go right now. A chance to learn about different cultures, consume new foods, and pick up a new language is what you get from going abroad. It might be fascinating to discover the distinctions between your own and the culture of the Benin Republic.

Is Benin a good place for solo travel?

When traveling solo, travelers will find it to be a peaceful and friendly destination. Many women in the community commute and work alone. It’s not a huge concern to go out on the street alone in a large metropolis or even a small town.

Is Benin a good place to visit for a family with kids?

When visiting Benin as a family with kids, are you looking for things to do in Ouidah with kids and family? Here are the must-do activities for families traveling with children, infants, or toddlers. Find the best locations in Ouidah to bring the kids, whether it’s a water park, a theme park, or a play area. Children will enjoy themselves, learn new things, eat well, and avoid boredom in lengthy lines. Find out where to take your kids in Ouidah and what fun things they can do there by reading on.

Is Benin a good place for couples?

When visiting Benin as a couple, a lengthy history of civilization and culture makes Benin an ideal destination for couples to discover. In a lovely setting, you’ll be captivated. What are some of the city’s top spots for a first date? What places are there to take beautiful pictures? The city’s streets, buildings, and parks conceal many love tales from the city’s past. From the terrible and sorrowful to the funny and spicy. Valentine’s Day is a great time to go on this trip!

What are the best annual events in Benin?

The best annual events in Benin that you cannot miss are