Why go to Amarillo?

You must visit Amarillo at least once in your lifetime because this city has a lot to offer tourists despite its relative unpopularity as a tourist destination. The city and the surrounding area are full of exciting attractions, including museums, an amusement park, and magnificent scenery.

What is Amarillo famous for?

Amarillo is famous for the steak challenge at The Big Texan Steak Ranch and is one of the most popular stops on Route 66. Theaters and art performances are other popular attractions in the city, including the Space Theater, the Don Harrington Discovery Center, and the Space Museum. 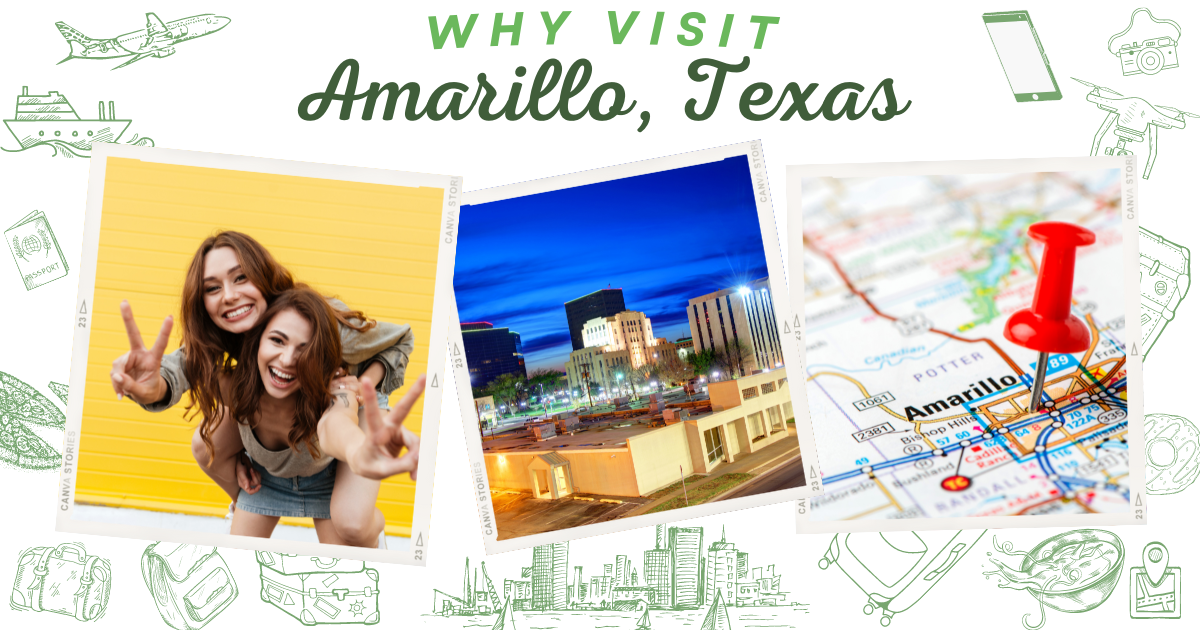 How big is Amarillo?

Amarillo is about 269 square km or 103 square miles in size.

When is the best time to visit Amarillo?

The best time to visit Amarillo, Texas, is the months of March, April, September, and October.

How many days do you need to see Amarillo?

You can fully explore Amarillo, Texas, within three days.

What is the cheapest time to go to Amarillo?

The low season (flights) to visit Amarillo is in October.

Is Amarillo an expensive city to visit?

An average 7-day vacation to Amarillo will cost $1,306 for a single traveler, $2,346 for a couple, and $4,397 for a family of four. Amarillo hotels fall in the middle, from $42 to $205 per night. A daily spending range of $31 to $71 per person is suggested for transportation and dining out at local establishments, depending on the itinerary.

How to save money when visiting Amarillo?

The best ways to save money when visiting Amarillo are:

What food (and drinks) is Amarillo known for?

Things you need to eat in Amarillo before you die: 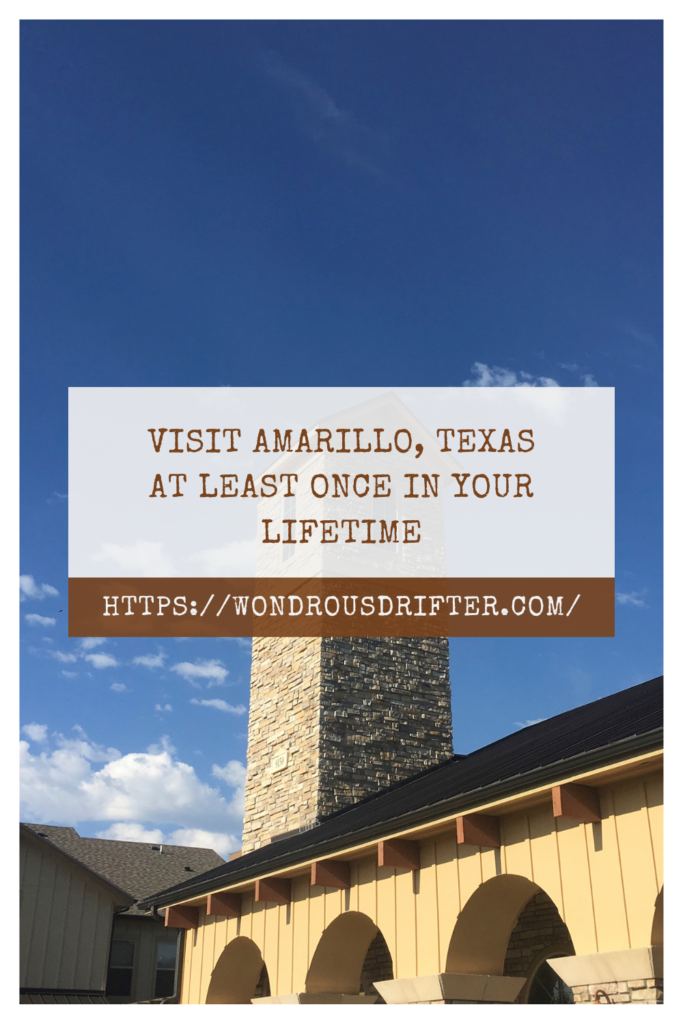 Is Amarillo safe to visit?

Amarillo has an overall safety risk of the medium. However, tourist areas in Amarillo are generally safe to visit during the day. Amarillo has a higher crime rate than the rest of Texas, though Texas has a higher rate. In the immediate region, many are safe, and you can access natural sites.

What is the best way to get around in Amarillo?

The best ways to get around in Amarillo are:

What are the neighborhoods or areas I should stay in when I visit Amarillo?

The best areas you should stay in when visiting Amarillo are:

The best areas for food and drinks when visiting Amarillo are:

The best areas for shopping when visiting Amarillo are:

What should I do on my first trip to Amarillo?

If you visit Amarillo for the first time, you’re in for a beautiful time. There is so much to do in Amarillo that you won’t run out of things to do even if you stay for a month. You may visit the Cadillac Ranch, one of Amarillo’s most popular tourist sites. A short distance from Interstate 40. Old Cadillacs are artistically buried with the front end up in the ground. Guests are welcome to spray paint the vintage automobiles in any style they like.

Is Amarillo a good place for solo travel?

When traveling solo, you should consider visiting Amarillo. This city offers a wealth of sights, restaurants, and dining options as a great starting point for solo travelers. Amarillo, Texas, is a beautiful spot for a solo vacation because it is breathtakingly gorgeous and easy to get to and navigate around.

Is Amarillo a good place to visit for a family with kids?

When visiting Amarillo as a family with kids, this city is kid-friendly. Most of the city’s attractions embrace visitors of all ages with open hearts. Water parks, theme parks, and playgrounds abound in Amarillo, making it the ideal destination for families with young children. Rather than being bored while waiting in long lines, children will have a blast, pick up new skills, and eat delicious food.

Is Amarillo a good place for couples?

When visiting Amarillo as a couple, you can have your romantic getaway in this city. Enjoy a fantastic summer evening at Palo Duro Canyon State Park’s outdoor musical drama, TEXAS. Palo Duro Canyon State Park is also great for horseback riding, hiking, mountain biking, and camping. Visit the Golden Light Cafe for lunch, the Art Museum with a cup of coffee, or Cowboy Gelato for a sweet treat. Shop, dine, and dance through a mile-long stretch of Sixth Street between Georgia and Western Streets.

What are the best annual events in Amarillo?

The best annual events in Amarillo that you cannot miss are