Why go to Boston?

You must visit Boston at least once in your lifetime because you will not just be in awe of the city’s architecture; it is also filled with unique culture, tasty food, and fascinating history.

Places to go in Boston, Massachusetts:

What is Boston famous for?

Boston is famous for having Baked beans as a staple of the city’s cuisine and clam chowder; it is also known for the Boston Marathon, Cheers, baseball (the Red Sox), and Fenway Park. However, you may not have known that Boston is renowned for its rich history and being the American Revolution’s hotbed. 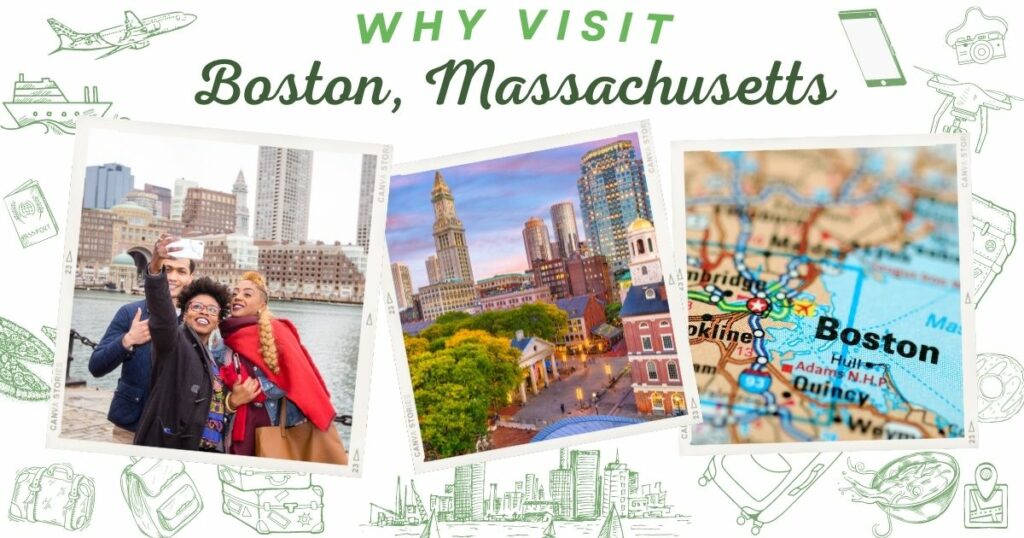 How big is Boston?

Boston is about 232 square km or 89 square miles in size.

When is the best time to visit Boston?

The best time to visit Boston, Massachusetts, is the months of June to October.

How many days do you need to see Boston?

Three days in Boston is enough time to see the city’s key attractions and some of the city’s most popular local spots!

What is the cheapest time to go to Boston?

The low season (flights) to visit Boston is in January or February.

Is Boston an expensive city to visit?

The average daily cost of a vacation in Boston is $203, based on the spending of previous guests. Local transportation costs $28 per day and $40 per day for meals, on average, according to previous visitors. Additionally, a couple should expect to pay $265 on average for a hotel room in Boston. A one-week stay in Boston for two individuals costs an average of $2,839.

How to save money when visiting Boston?

The best ways to save money when visiting Boston are:

What food (and drinks) is Boston known for?

Things you need to eat in Boston before you die: 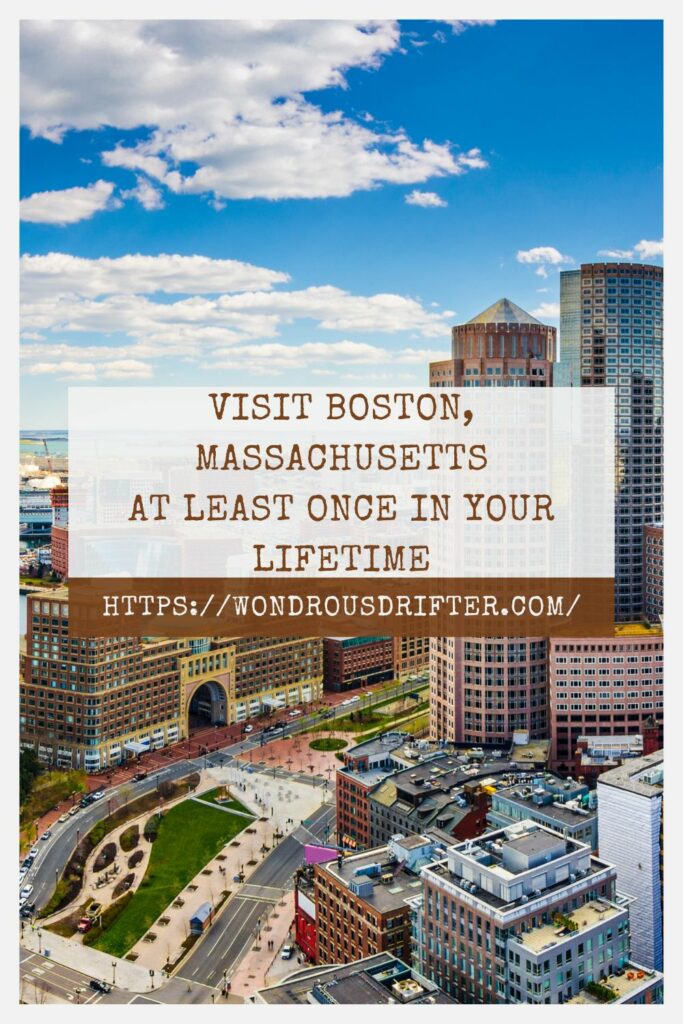 Is Boston safe to visit?

While most of Boston is safe to visit, there are a few areas to stay away from. People who know each other and live in the same neighbourhoods are the most likely victims of crime, and it is concentrated in areas that aren’t particularly appealing to tourists.

What is the best way to get around in Boston?

The best way to get around in Boston are:

What are the neighbourhoods or areas I should stay in when I visit Boston?

The best areas you should stay in when visiting Boston are:

The best areas for food and drinks when visiting Boston are:

The best areas for shopping when visiting Boston are:

What should I do on my first trip to Boston?

If you are visiting Boston for the first time, there’s plenty to do in this city, from visiting world-famous museums to strolling along the Freedom Trail. During your visit to Boston, take in the city’s rich history and see its landmarks. Take a stroll through the Boston Public Garden or stop by Cheers for a cool drink after visiting the city’s major attractions. First-time visitors will appreciate how close these landmarks are to the trolley stops.

Is Boston a good place for solo travel?

When traveling solo, you will enjoy Boston as this city is welcoming and pleasant for solo travelers. You can start your day by learning the city’s history during your trip to Boston. As you begin your day, take a stroll down the Freedom Trail to gain an insight into American history. From Beacon Hill to Charlestown, the 2.5-mile-long Freedom Trail is accessible by foot or public transportation.

Is Boston a good place to visit for a family with kids?

When visiting Boston as a family with kids, you will be amazed. This city is fantastic for families and a great spot to visit all year, whether you’re on a fall or summer road trip or looking for a great winter getaway. Boston is historical, and this is where the Revolutionary War began. Lexington, Salem, and Plymouth are near Boston’s historical sites and activities. Kids can learn about the American Revolution, Salem Witch Trials, the Mayflower arrival, and the first Thanksgiving. Opening your kids’ eyes to history is one of the best things to do in Boston with kids.

Is Boston a good place for couples?

When visiting Boston as a couple, you will be in awe! This city is one of the best destinations in the northeastern United States for a honeymoon or romantic trip. Thanks to its lovely parks and rivers, an excellent harbour, and delicious seafood, it’s a must-visit romantic city. You can also have a wine tour in the city. Several wine tours are available in Boston, but they tend to focus on a particular city area. You’ll gain a new perspective on this fascinating metropolis as you learn about its food, wine, and history on these exciting tours.

What are the best annual events in Boston?

The best annual events in Boston that you cannot miss are