A tour of the Metamorph’eau’ses 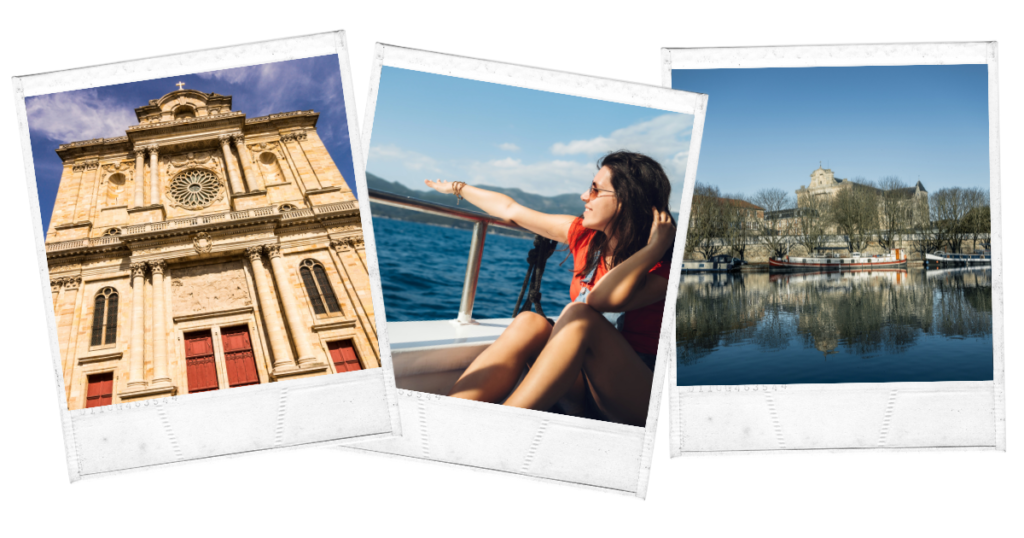 Take off on an incredible vacation as soon as the sun goes down!

Metamorph’eau’ses lets you see Chalons in a new light, by boat, under the stars. Every great location in the city has been decked out in lights to anticipate the event.

It all began in the year 2015. A special scenography, Metamorph’eau’ses, reveals the gems of the local architecture illuminated by spectacular music and light effects.

Electric-powered boats are used for this tour. You’ll be able to see the bridges and landmarks of the magnificent city from this vantage point.

Take in the sights and sounds of the city from the comfort of a boat while you learn about the area’s rich history!

You’ll have a wonderful time on this tour. Make sure you cross it off your bucket list if you haven’t already. 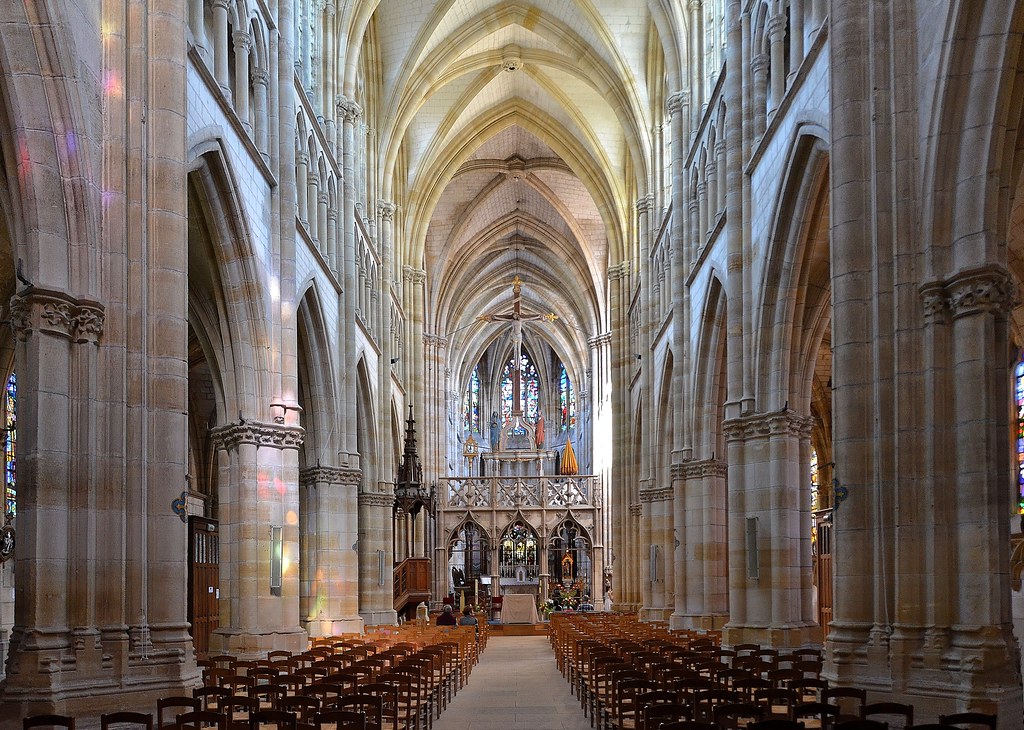 Flamboyant Gothic architecture from the 15th and 16th centuries can be found at another UNESCO-recognized church.

The pilgrims’ generosity allowed it to be constructed as a tiny Gothic cathedral in the 15th and 16th centuries. In 1914, it was designated a basilica.

In 1400, shepherds were claimed to have found a miracle statue of the Virgin and Child in a blazing thornbush.

Initially, the church’s current structure was intended to contain a figure.

The cult grew to the point where it became the focus of one of the most important pilgrimages in the kingdom’s north.

Many sculptures can be found outside, probably inspired by the Toul Cathedral in Lorraine. Amazing from both the inside and outside.

It’s certainly worth the time and effort to see this Basilica. 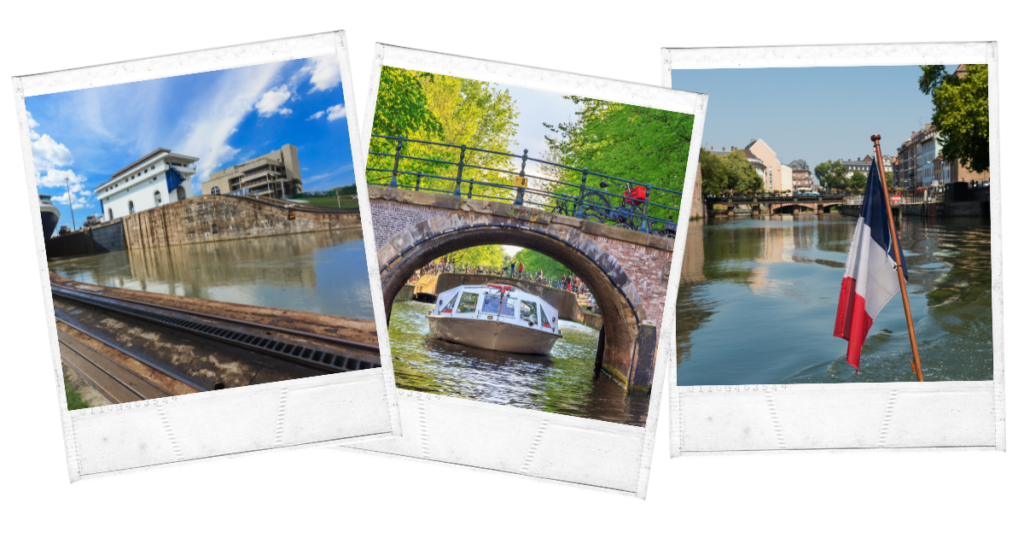 Nothing beats a trip if you’re looking for the best way to unwind. For the ultimate vacation relaxation, a boat tour is the best option!

It’s hard to overstate the therapeutic effects of boating. Indescribably, a gentle rocking motion on the ocean’s surface can bring back a sense of calm and relaxation.

Your first stop should be a canal cruise through the city’s historic core.

After an hour and a half drive from Paris is Châlons-en-Champagne, often known as La Venise Petillante for its numerous canals.

A leisurely boat ride around the city’s tranquil waterways is a must-do experience.

Bridges are a highlight of the day trip, but the city’s iconic structures come to life at night as the waterways come alive with lighting.

Boating is a great way to do just that if you’ve ever wanted to get away from it all.

Take a break from the pressure and find a way to relax. 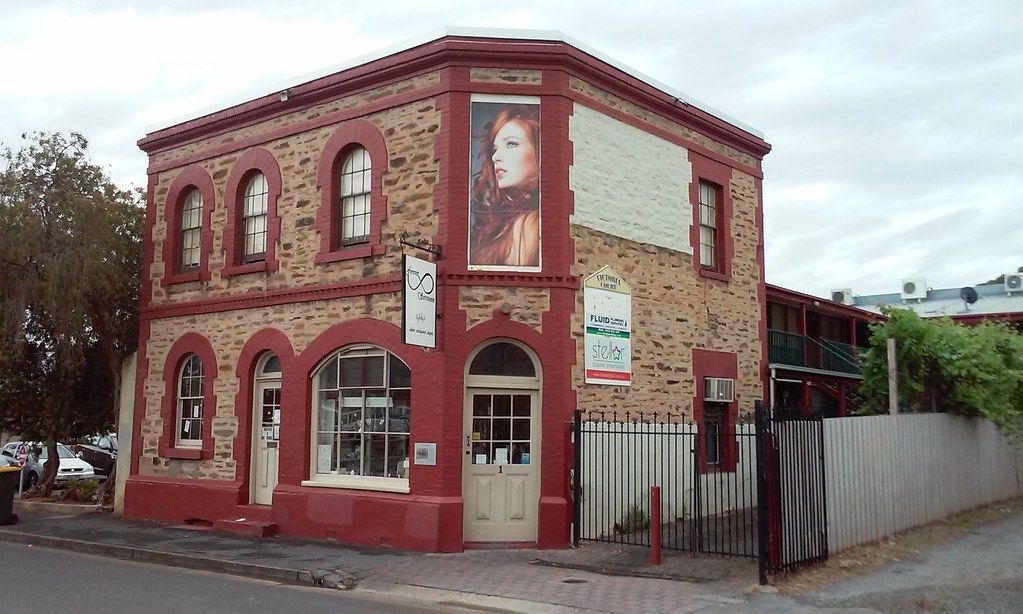 Home is where the wine is! Explore the Caves, Joseph Perrier, in Châlons-en-Champagne, France

Several hectares of vineyards and ten prominent Champagne labels existed in Châlons-en-Champagne in the 19th century.

This family-run business has been making world-class champagne for more than six decades.

While the know-how at Joseph Perrier has been passed down since 1825, the traditional flavors of their champagne must be preserved despite the addition of specific modern tweaks.

To guarantee that each grape reaches the wine press in excellent shape, they are meticulously plucked by hand and placed in little baskets.

Joseph Perrier champagne is particularly delightful when served at the table with its robust flavor and vinosity.

You will be able to sample the Cuvée of your choosing after the tour.

Drink wine, and feel fine. Now is the time to make your reservations for the tour! 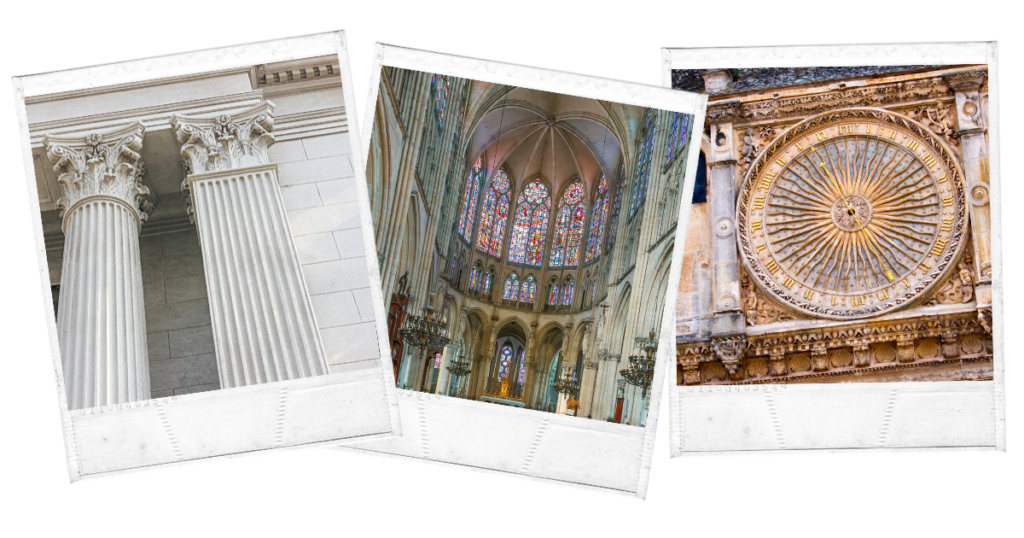 Looking for a perfect place of worship? Discover the Châlons Cathedral!

The Châlons Cathedral was initially erected in the Roman style in the 12th century.

Still, it was later renovated in Gothic and Baroque designs, making it a mosaic of history.

An ancient Roman Catholic cathedral, Châlons Cathedral is located in the city of Châlons in France.

Pope Eugene III consecrated the cathedral on 1147, October 26, as the Bishop of Châlons.

Châlons Cathedral’s neo-Flamboyant organ case was designed by Jean-Jacques Arveuf-Fransquin. “The most beautiful church in the kingdom” was a title given to Châlons Cathedral during the reign of Louis XIV.

The cathedral is also noted for its stained glass windows.

Don’t miss the chance to see one of the city’s notable landmarks! 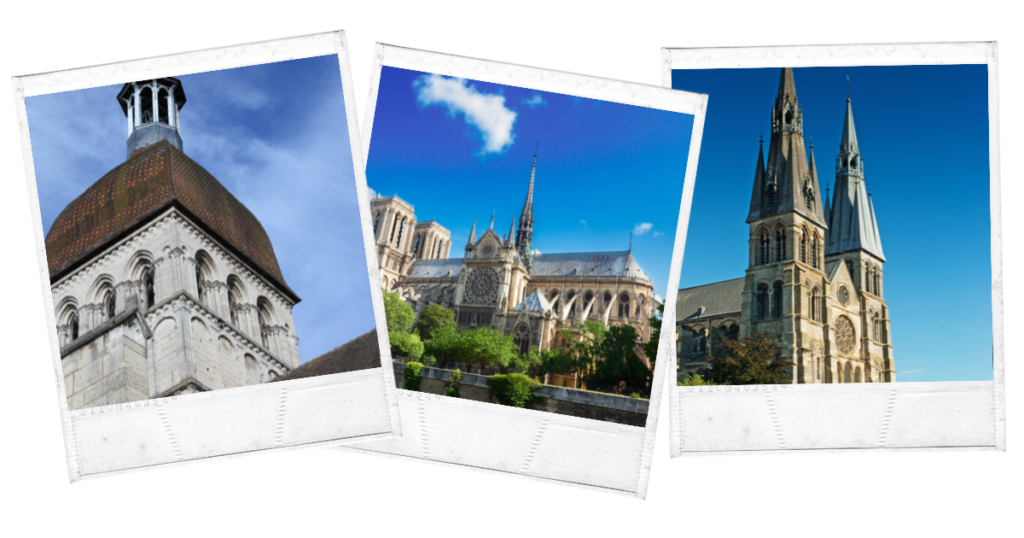 Are you searching for a stunning Gothic masterpiece? Definitely check this one out!

Châlons-en-Champagne is home to the Église Collégiale Notre-Dame-en-Vaux, a Roman Catholic church.

Without question, it’s one of the city’s most spectacular structures.

It is one of the most prominent symbols of Châlon’s rich history, with its arrows visible for miles around. Romanesque and Gothic art are beautifully combined in this gem of a piece.

The church’s carillon, which has 56 bells, is one of the largest in Europe.

One of the most popular attractions is a stained-glass window in the church.

The collegiate’s Gothic nave has four floors, which allows an incredible amount of light to enter the structure. The interior space is likewise considerable.

Part of the pilgrimage routes leading to Santiago de Compostela includes this church, designated as a UNESCO World Heritage Site. 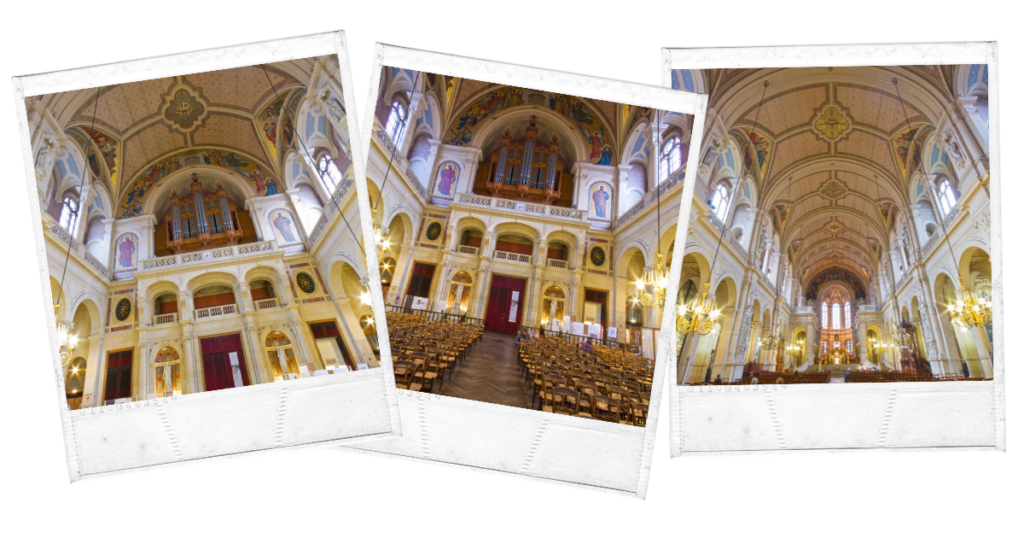 With its rich history and modest size, Saint-Alpin is one of the best places to visit.

It was the most Renaissance-influenced church in Châlons, built in the late 12th century and expanded in the 16th century.

These statues were produced by the local artists and are on display in the church.

The side chapels, with their medieval tombstones, 16th-century stained-glass windows, and Renaissance paintings, are worth a closer look.

A pair of smaller statues of each of the four Evangelists adorn each side window.

Saint-Alpin stands out from the rest of the area’s churches since it hasn’t been altered since the 1500s, unlike the other churches.

Do not pass up the opportunity to see this significantly historical landmark in the heart of Chalons. Include this on your trip to France’s Chalon en Champagne! 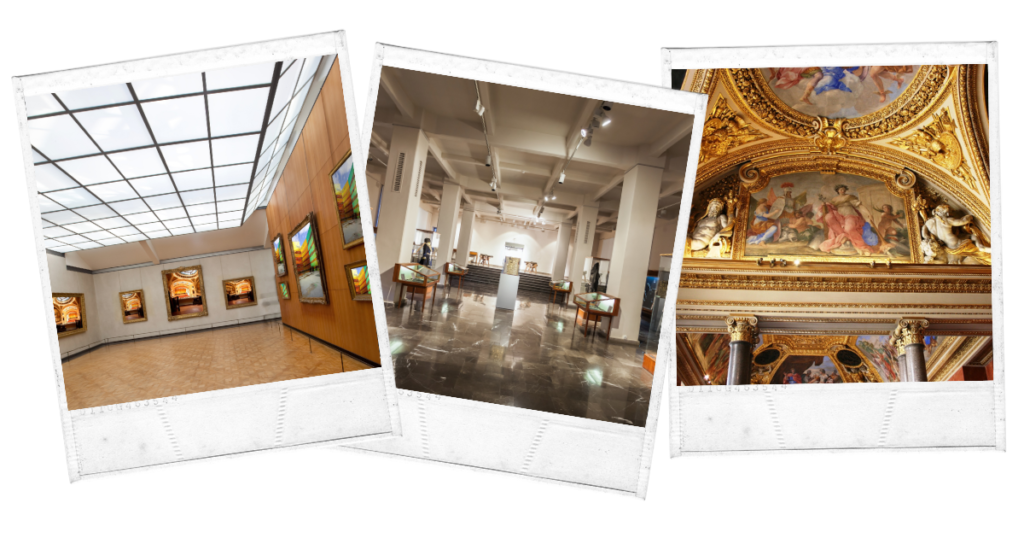 According to Jeanne Frank, “The best introduction to art is to stroll through a museum. The more you see, the more you’ll learn to define your own taste.”

If you’re planning a trip to Chalons en Champagne, check out the Garinet Museum.

The oldest stone-built house in Châlons-in-Champagne now serves as the museum’s home base for exhibitions and programs.

The Garinet museum houses its exhibits in a structure that dates back to the early 1600s.

In the years leading up to the French Revolution, it served as the Vidamé du Bp. de Châlons-en-Champagne.

One of the most outstanding scholars and collectors from the region of Châlonnais, Jules Garinet, was given the house by his father in 1800.

These pieces of art are arranged according to the preferences of ancient civilizations, ranging from Northern European paintings to French and Italian paintings from the 14th to 19th centuries.

This is a must-see for everyone who appreciates art. Take a visit now! 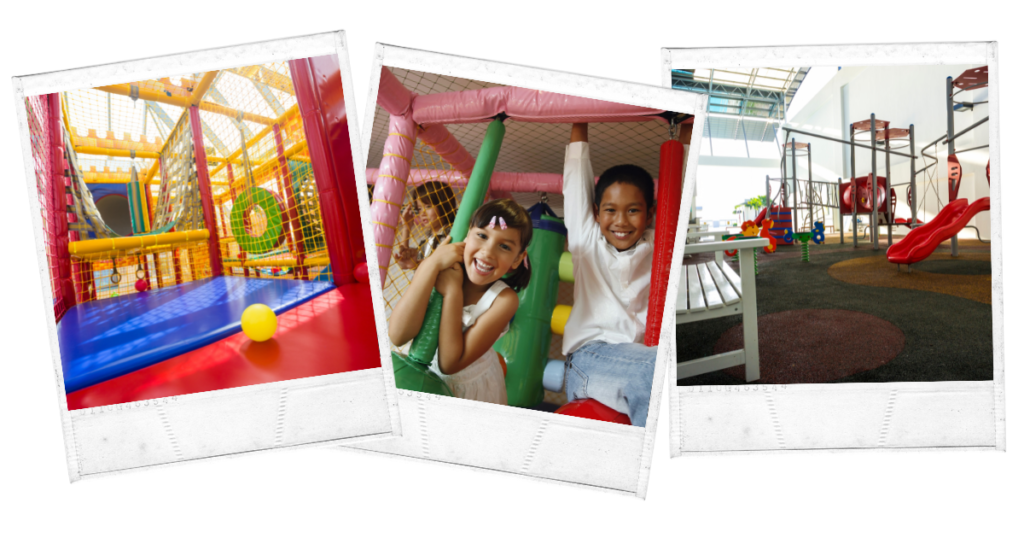 Find an enjoyable way to spend time with your family and friends.

Fun is always the first thing that comes to mind when thinking about family bonding.

It’s beneficial for your mental health and for your relationships with your family. Still, it’s also a terrific way to get your adrenaline racing.

Kidoom Chalons is a terrific spot to spend time with your kids, including games for kids, various activities, and amusement parks where your kids are sure to have a great time.

Here you’ll find a variety of fun activities for kids and adults of all ages, including a motor skills course, ball pit, and double slides.

Parents have their own area with a snack bar, billiards, and other amenities.

Free WiFi is also available in the vicinity.

Sharing and laughing are guaranteed.

Besides that, Kidoom Chalons can also help you plan your child’s birthday party, from the food and entertainment to the snacks and drinks, all in one place.

Let loose and enjoy yourself in the Kidoom Chalons! 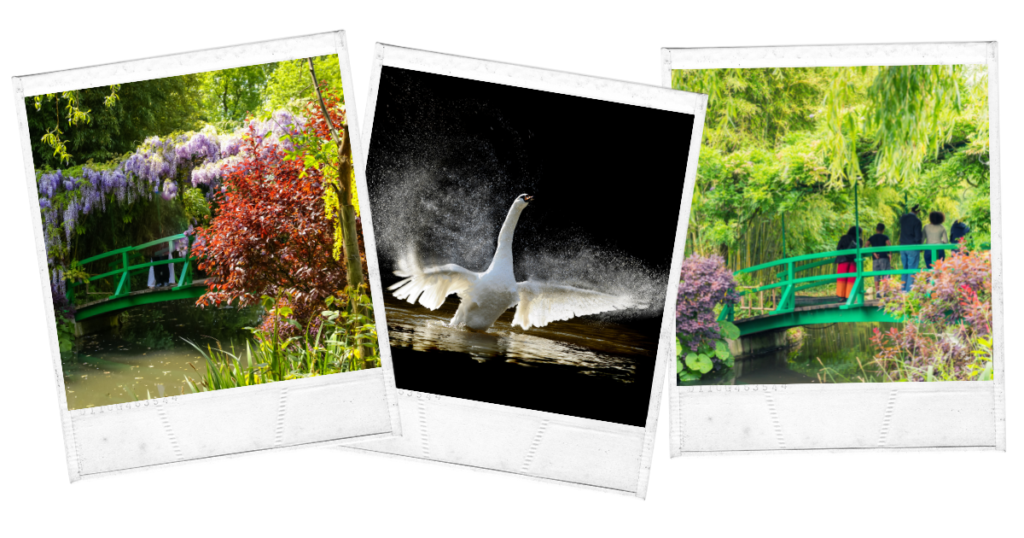 Find tranquility and nature at Le Grand Jard, right in the city’s heart!

The Grand Jard is a garden where you may get your fill of fun things to do. The garden in the 18th century was designed in the French style.

Relaxing in the shade of the 19th-century bandstand and the shady lanes of the city is a beautiful experience.

Depending on your interests, you may do so many things in this park.

Miniature skate parks have been constructed for children to avoid collisions with adults. They can ride rollerblades, skateboards, or scooters.

Two of the six pits encircling the gazebo are furnished with a soccer field and a grass volleyball court for those who like team sports.

Getting some fresh air and greenery is a great way to spend a day.

The Grand Jard is indeed one of the city’s few noteworthy landmarks.

You may enjoy and appreciate it, regardless of your age. 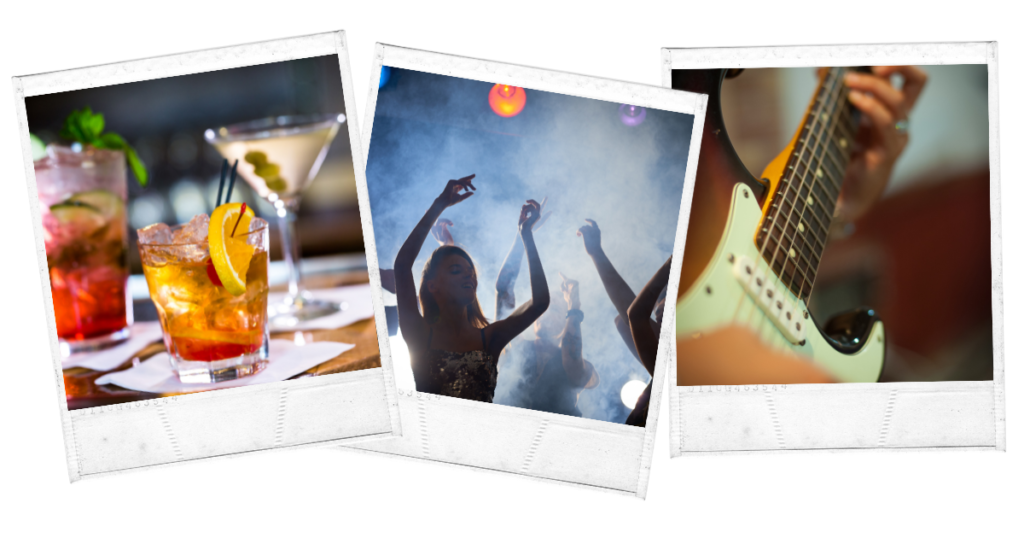 Don’t put it off any longer! Drink a cocktail.

It’s always a blast to go on a trip. Discover beautiful natural wonders is one of its many benefits.

There is, however, one aspect of a country’s nightlife that you should not miss no matter where you go.

For many people, the bar is a location where they can unwind, meet friends, and get a drink to suit their mood.

Located near Eglise Saint-Alpin, this cocktail bar is worth a stop. The bustling city center is where you’ll find Le Red Fish.

Le Red Fish is known for its excellent music and welcoming atmosphere.

It’s fun to relax with ice-cold beverages like beers and wines. Perfect for socializing, meeting new people, and having a good time.

So, what are you still waiting for? Bring a few pals along with you. It’s time to raise a glass of exquisite bubbly toast! 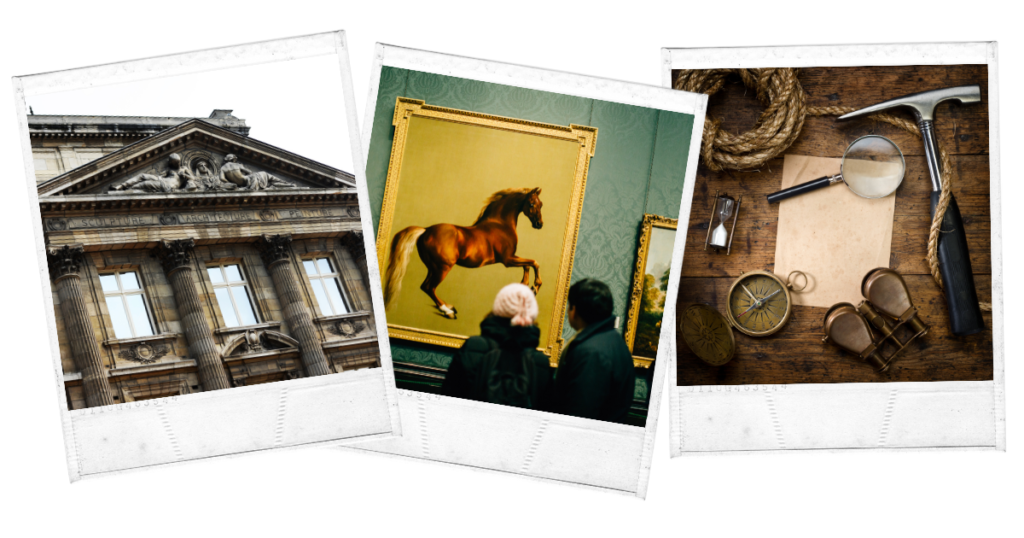 Explore and find out what’s out there. Châlons-en-Museum Champagne’s of Fine Arts and Archaeology

Museums are a great place to meet new people who share your interest in art and culture. The truth is, museums can be enjoyable!

This museum, the first of its kind in the Mame region, dates back to 1794, making it one of France’s earliest museums.

The departmental museum was the name given to it.

Jacques Cazotte’s paintings were among the collections seized during the revolution and added to the museum’s holdings.

Among the museum’s other highlights are its impressive collection of birds and a stunning altarpiece. It also features an array of Renaissance and Medieval sculptures.

The museum also houses Alexis Vagny’s Alexis Vagny Gallery, which features a wide range of European paintings from the 15th to the 19th centuries.

Go to the city’s museum and take in the sights. It’s well worth your time. 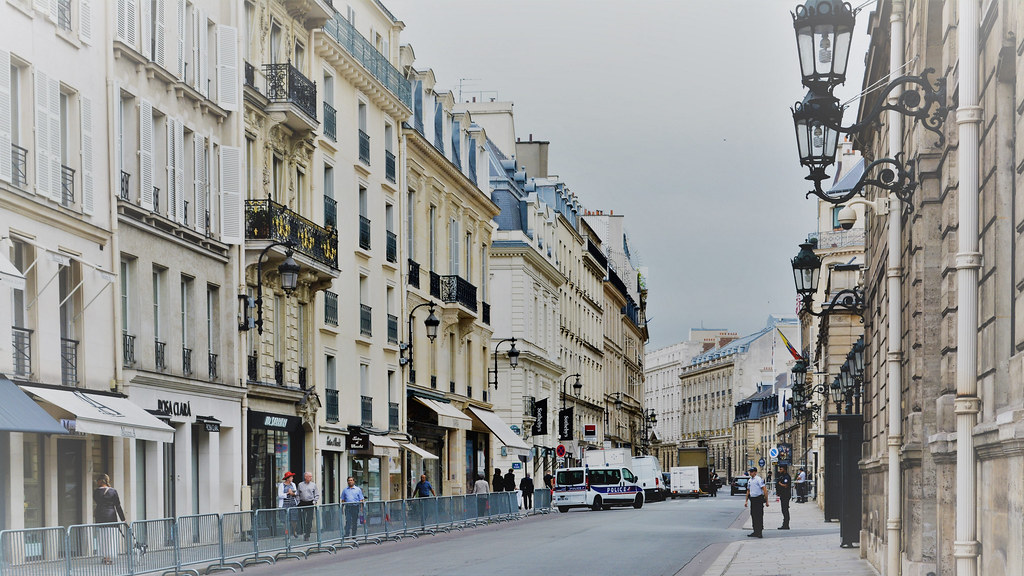 “A visit to a museum is a search for beauty, truth, and meaning in our lives. Go to museums as often as you can.” – Maira Kalman

The cloister of Notre Dame-en-Vaux Collegiate Church, which dates back to the 12th century, is housed at the Cloister Museum, a religious art museum.

In 1978, the museum officially opened its doors to the public for the first time.

The museum now has 55 statue columns, each with ornate and historically significant capital sculptures.

Romanesque and Gothic influences may be found in these columns built during a crucial juncture in architectural history.

These sculptures are of the highest quality, and they’re pretty breathtaking.

A knowledgeable guide may lead you on tour if you want to learn more about the museum’s artifacts and iconography.

You’ll find a medieval cloister garden between the museum and the church, where you can explore.

Go on a tour now!