Why go to Honolulu?

You must visit Honolulu at least once in your lifetime because of its world-class beaches, beautiful rainforests, and rumbling volcanoes. You may find adventure and elegance on every island in Hawaii, making this state a must-visit for anybody.

Places to go in Honolulu, Hawaii:

What is Honolulu famous for?

Honolulu is famous for its 750 miles of pristine coastline. Its ancient history includes cultural icons like the hula dance and the lau, and its delectable food, which gave rise to the poke bowls we know and love today. 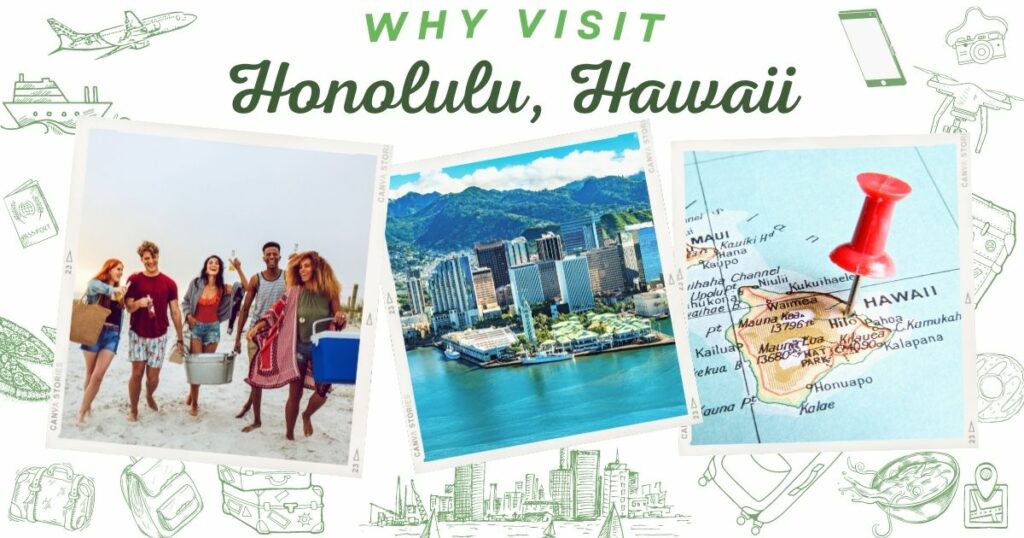 How big is Honolulu?

Honolulu is about 177 square km or 68 square miles in size.

When is the best time to visit Honolulu?

The best time to visit Honolulu, Hawaii, is the months of mid-April to early June or between September and mid-December.

How many days do you need to see Honolulu?

If you’re planning on island hopping, plan to spend 5-7 days on Oahu and 5-7 days on another island. On Oahu, you’ll want to prioritize the only available activities there (like Pearl Harbor and Kualoa Ranch).

What is the cheapest time to go to Honolulu?

The low season (flights) to visit Honolulu is in the months of January and September.

Is Honolulu an expensive city to visit?

This summer, Honolulu is the second most expensive U.S. city to visit. A seven-day vacation to Honolulu costs $2,306 per person on their own, $4,514 for a couple, and $7,764 for four people traveling together. Hotels in Honolulu range from $100 to $459 per night, with an average price of $206. In contrast, most vacation rentals cost between $220 and $1000 per night for the entire property. The cost of transportation and meals in the area might range from $89 to $157 per person per day.

How to save money when visiting Honolulu?

The best ways to save money when visiting Honolulu are:

What food (and drinks) is Honolulu known for?

Things you need to eat in Honolulu before you die: 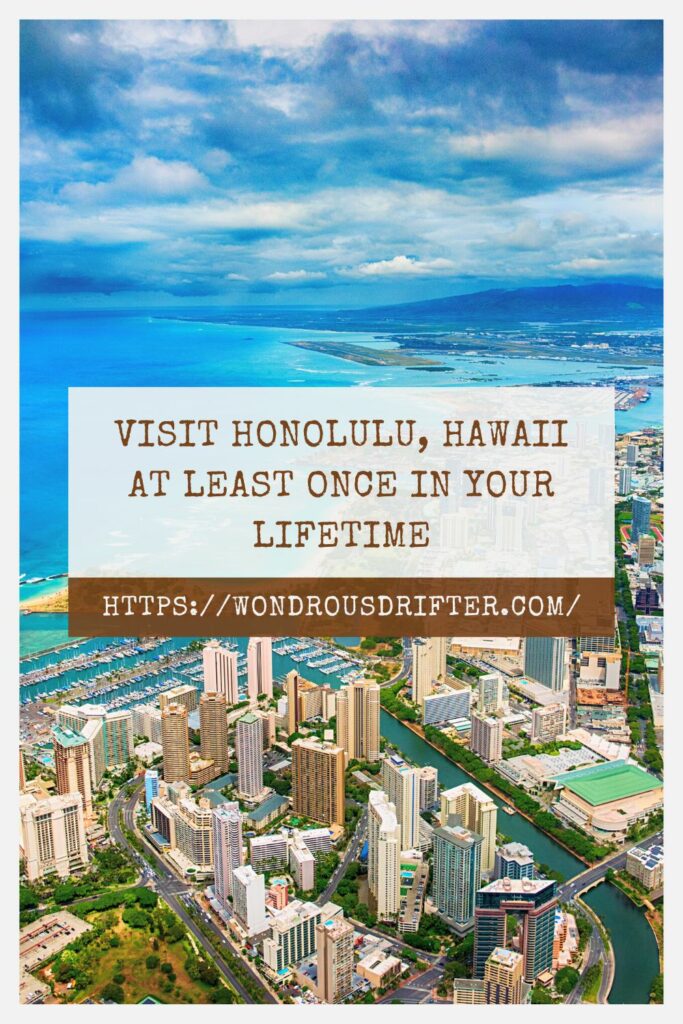 Is Honolulu safe to visit?

Honolulu is a very secure city for tourists, although there are a few areas to avoid if possible. It was rated as one of the safest cities in the country by a respected organization. Keep your distance from shaded regions and take the usual precautionary measures.

What is the best way to get around in Honolulu?

The best way to get around in Honolulu are:

What are the neighborhoods or areas I should stay in when I visit Honolulu?

The best areas you should stay in when visiting Honolulu are:

The best areas for food and drinks when visiting Honolulu are:

The best areas for shopping when visiting Honolulu are:

What should I do on my first trip to Honolulu?

If you visit Honolulu for the first time, you will not deny that. Hawaii is a fantastic vacation spot in the United States. Hawaii offers sand beaches, waterfall treks, and delicious cuisine. The island of Oahu is an excellent place to start for first-timers. In addition to being one of the most popular Hawaiian islands, it is also the most affordable. In addition, there are a plethora of sights, activities, restaurants, and shops to choose from.

Is Honolulu a good place for solo travel?

When traveling solo, you will have a terrific way to unwind. You can refresh and spend quality time at the beach. Honolulu is a great place to visit on your own because it’s so accessible, even if you don’t have much time to explore the rest of the island. It’s much easier to meet new people now because there are so many tourists and nightlife options.

Is Honolulu a good place to visit for a family with kids?

When visiting Honolulu as a family with kids, you will have a great vacation. Honolulu is a great spot because of the city’s abundance of things to do for kids of all ages. Fun activities with kids in Honolulu include miles of beaches, dolphin encounters, museums, and zoos. Families can enjoy a day of shark encounters with North Shore Shark Adventures, or they can go snorkeling in Hanauuma Bay.

Is Honolulu a good place for couples?

When visiting Honolulu as a couple, you will experience an unforgettable getaway. You’ve come to the right place. Here there are a lot of magnificent beaches, cultural attractions, world-renowned historical monuments, top-notch resorts, and stunning scenery. Honolulu has something for couples that you will surely enjoy if you’re looking for a wide range of activities.

What are the best annual events in Honolulu?

The best annual events in Honolulu that you cannot miss are