Why go to Japan?

You must visit Japan at least once in your lifetime because this country is considered one of the least violent countries, with an average global crime rate of one of the lowest. People in Japan frequently leave their doors unlocked, children can ride the metro alone, and tourists can roam the streets at night without fear.

Places to go in Japan:

What is Japan famous for?

Japan is famous for many things, including its beautiful natural landscapes, such as cherry blossoms and Mount Fuji, its cutting-edge technology, such as Japanese cars and bullet trains, its bizarre inventions, such as karaoke and vending machines, its cultural values, such as politeness and punctuality, its popular animation and manga, and its delectable cuisines, such as ramen and sushi. 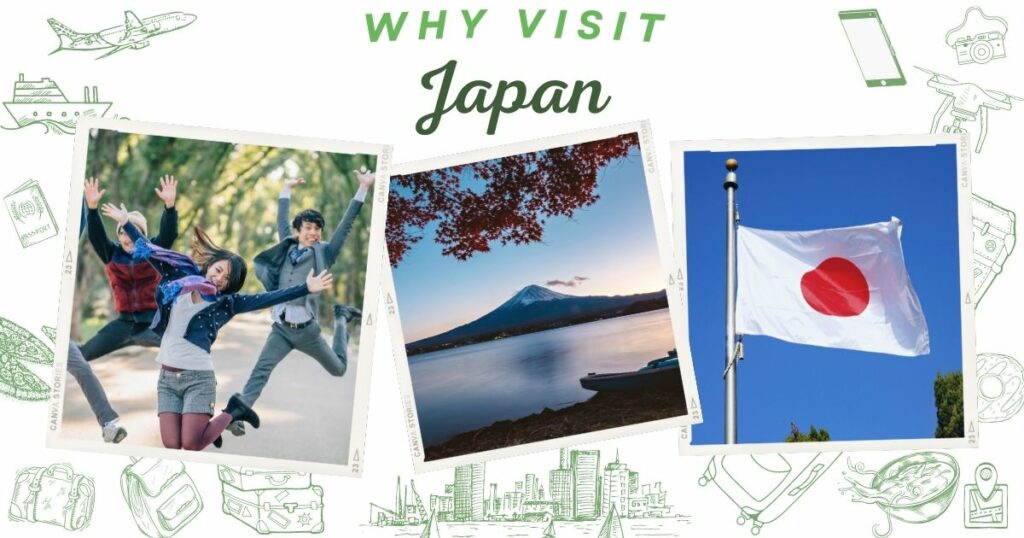 How big is Japan?

When is the best time to visit Japan?

The best time to visit Japan is the months of March to May and September to November. During this season, beautiful cherry blossoms and bright crimson leaves provide a dash of color to the landscape. Remember that this time of year can be extremely congested.

How many days do you need to see Japan?

For first-time tourists to Japan, a stay of 7 to 10 days is recommended. Even though you won’t get to see the entirety of Japan, it’s still possible to explore the country’s top attractions.

What is the cheapest time to go to Japan?

The low season (flights) to visit Japan is in September.

Is Japan an expensive city to visit?

How to save money when visiting Japan?

The best ways to save money when visiting Japan are:

What food (and drinks) is Japan known for?

Things you need to eat in Japan before you die: 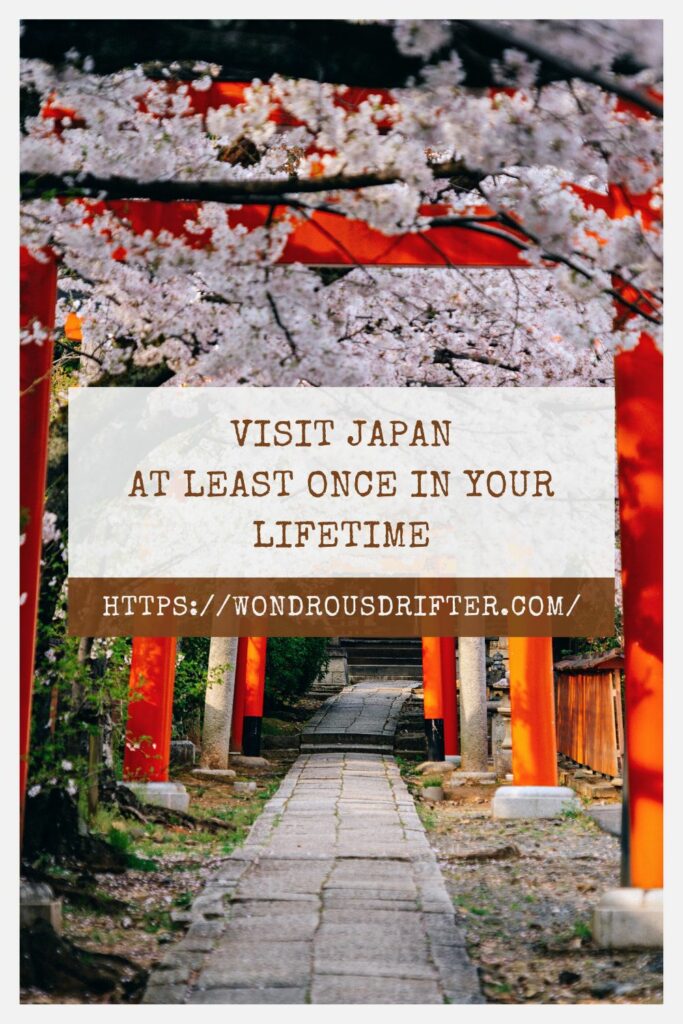 Is Japan safe to visit?

It’s safe to say that Japan is one of the world’s friendliest countries. Crime, such as theft, is quite rare. Tourists are often surprised to see people leave valuables in cafés and bars unattended, even though it’s not advised.

What is the best way to get around in Japan?

The best way to get around in Japan are:

What neighbourhoods or areas should I stay in when I visit Japan?

The best areas you should stay in when visiting Japan are:

The best areas for food and drinks when visiting Japan are:

The best areas for shopping when visiting Japan are:

What should I do on my first trip to Japan?

If you visit Japan for the first time, go hiking on the Kumano Koda Trail. Learn a few words and phrases in Japanese. Try out the Japanese photo booth. Views of Mt. Fuji are available here. Take a ride on the Shinkansen, Japan’s fastest train. Akihabara Is the Place to Go for Anime Merchandise. At Ganso Ramen Yokocho, enjoy a bowl of ramen. Make an effort to see a Kabuki performance.

Is Japan a good place for solo travel?

Traveling solo in Japan, is a wonderful experience because of the country’s superb public transportation system and the fact that it’s very safe. A Japan Rail Pass is a wise investment if you’re planning a solo trip to Japan for more than a month.

Is Japan a good place to visit for a family with kids?

When visiting Japan as a family with kids, the land of the rising sun is a fantastic vacation spot for children. Neon cities, strange themed cafes, and historical settlements abound in this land. Because of the country’s excellent infrastructure, you won’t have to be concerned about your children’s safety while on vacation.

Is Japan a good place for couples?

When visiting Japan as a couple, Japan is a place to fall head over heels for and a place to fall in love. Another nice thing about Japan is that it’s both romantically endearing and incredibly organized, efficient, and practical.

What are the best annual events in Japan?

The best annual events in Japan that you cannot miss are