Why go to Helsinki?

You must visit Helsinki at least once in your lifetime because the city of Helsinki has a lot to offer visitors. The Helsinki Archipelago, which includes over 300 islands, is considered one of the world’s most livable cities. Visitors are drawn to the city’s vibrant, aesthetically beautiful neighbourhoods because of the city’s prominence as a center of design and architecture. Moreover, there are some fantastic green urban areas. It’s easy to get around on foot or by bike, and the laid-back atmosphere enhances the experience.

Places to go in Helsinki:

What is Helsinki famous for?

Helsinki is famous for the city’s stunning seaside setting, an awe-inspiring array of architectural styles, and mouthwatering Nordic food. Many high-quality hotels are located right in the middle of Helsinki’s excitement, making it easy to go around on foot. 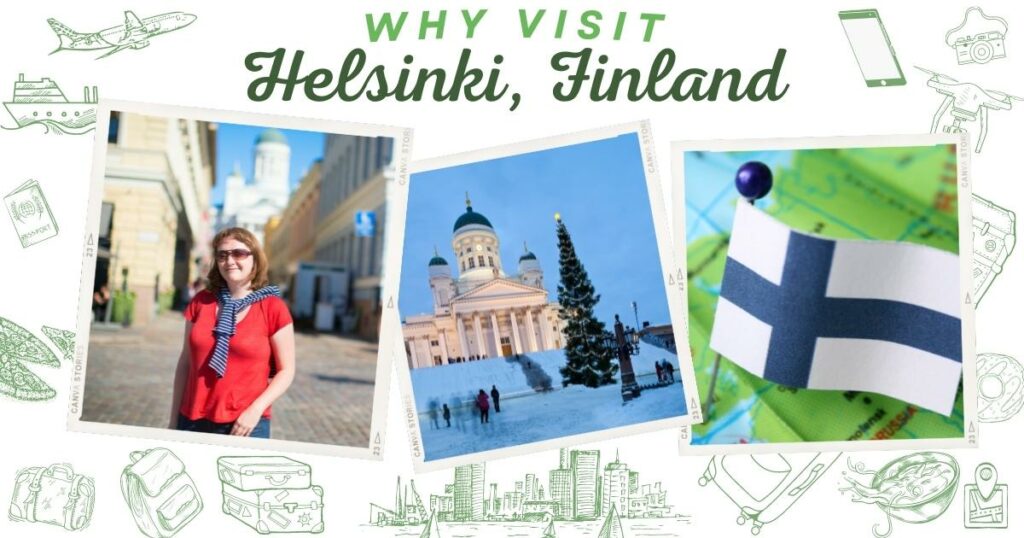 How big is Helsinki?

When is the best time to visit Helsinki?

The best time to visit Helsinki, Finland, is between May and September.

How many days do you need to see Helsinki?

For the most part, you can see the city in just three days. Helsinki isn’t a huge city, so you won’t have a problem seeing all it offers. Before you arrive in Helsinki, I recommend purchasing a Helsinki Card. Helsinki’s most popular attractions are included in the card’s free admission.

What is the cheapest time to go to Helsinki?

The low season (flights) to visit Helsinki is in March. June and July are regarded as the busiest months.

Is Helsinki an expensive city to visit?

How to save money when visiting Helsinki?

The best ways to save money when visiting Helsinki are:

What food (and drinks) is Helsinki known for?

Things you need to eat in Helsinki before you die: 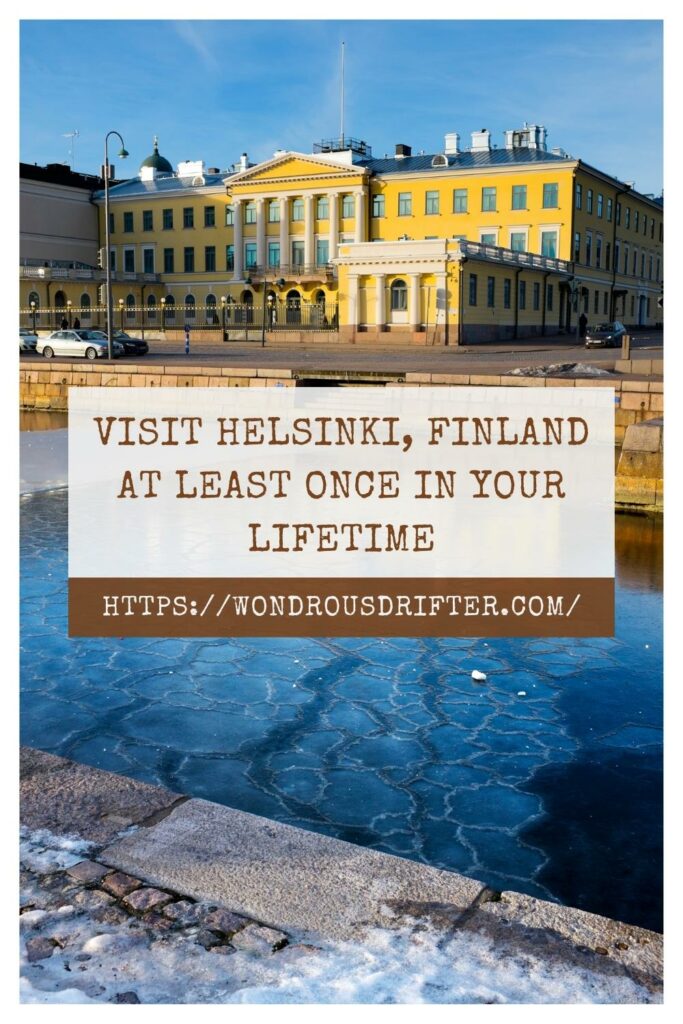 Is Helsinki safe to visit?

On the list of most and least risky cities in the world is Finland’s capital, Helsinki, which is 9th. Almost 90% of Finns believe their country is safe. The city of Helsinki is one of the most secure in the world.

What is the best way to get around in Helsinki?

The best way to get around in Helsinki are:

What neighbourhoods or areas should I stay in when I visit Helsinki?

The best areas you should stay in when visiting Helsinki are:

The best areas for food and drinks when visiting Helsinki are:

The best areas for shopping when visiting Helsinki are:

What should I do on my first trip to Helsinki?

If you are visiting Helsinki for the first time, Helsinki is a bustling seaside city. The city of Helsinki, Finland, is situated on the Baltic Sea’s eastern shore. A vacation to Helsinki will be an experience you’ll never forget because of its natural beauty, modern wonders, and historical landmarks. A cup of strong coffee is the best way to start the day in Market Square (Kauppatori). Take a ferry to Suomenlinna, a fortified island in the middle of the Gulf of Finland. The fortification complex was constructed in the 18th century and may be reached by ferry in about 15 minutes. Choose a seat on the ferry that looks out over the fortification. You can see it in all its splendor at your arrival. Take a ride on the SkyWheel Helsinki and get a bird’s eye view of the city. The SkyWheel ride is one of the most exciting options. You’ll see much of the city and the ocean from the top. From here, you’ll get one of the nicest vistas in the area.

Is Helsinki a good place for solo travel?

When traveling solo, Helsinki is well worth a visit even if you’re traveling alone, and I believe it is underestimated. Just remember to stay vigilant and join a tour group if you venture out alone. If you’re looking for a laid-back city vacation, Helsinki, Finland’s capital city, may not have as many hostels as the surrounding Baltic countries.

Is Helsinki a good place to visit for a family with kids?

When visiting Helsinki as a family with kids, taking a boat tour around the islands is a wonderful way to see the city, and the traffic is mild. As a result of its serene atmosphere, Helsinki is a wonderful destination for families with young children.

Is Helsinki a good place for couples?

When visiting Helsinki as a couple, during a visit to Helsinki, couples can enjoy various romantic activities. At any time of year, the city’s views and sounds are perfect for a romantic getaway, and there are many things for couples to enjoy together. A boat tour of Helsinki’s huge archipelago is the most enjoyable and romantic way to experience the city and its vicinity. Even if the weather is feisty, you’ll be able to admire the city’s coastline and the Baltic Sea from this location.

What are the best annual events in Helsinki?

The best annual events in Helsinki that you cannot miss are