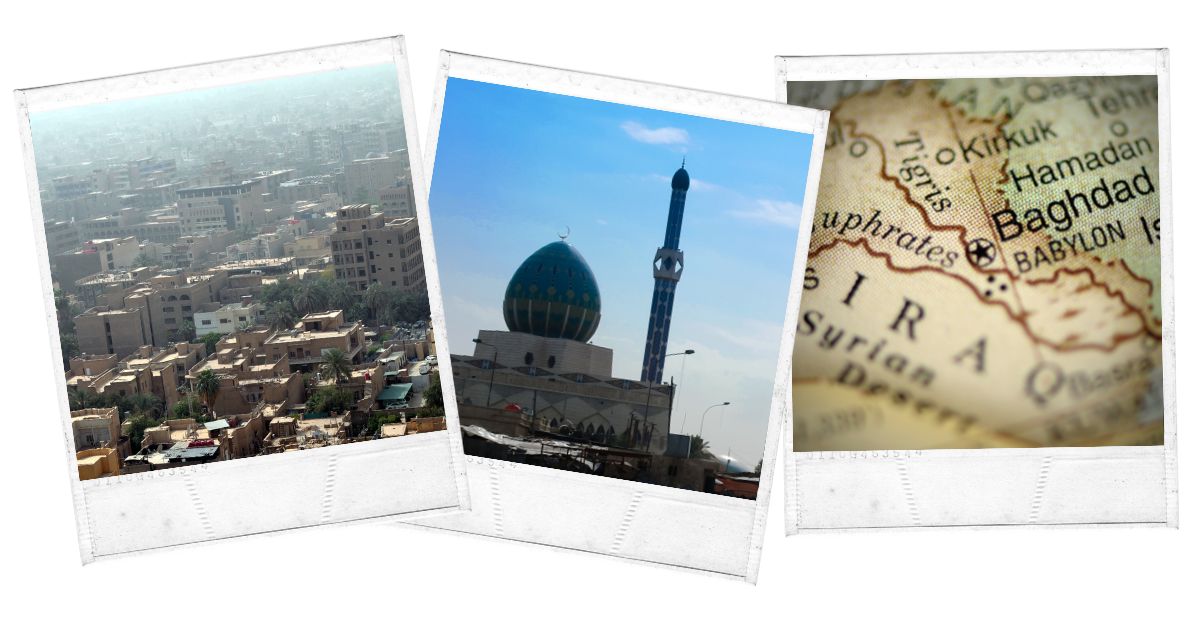 Al Faw Palace is one of the best places to go in Baghdad, Iraq

Saddam Hussein used to own 99 palaces, and Al Faw Palace was one of them. It was built as a corporate retreat for Saddam’s political party members, who had been given vacation time to reward their commitment and hard work. This palace may be the only site in Baghdad in which you might witness ducks, fish, and Black Hawks.

This place was utilized by his sons Qusay and Uday. Saddam is claimed to have only been here for seven or eight nights. The palace, like most of what he built, revolved around him.

But, just like many things in Iraq during the time of Saddam, it’s not what it seems. When you look at it closely, plenty of it isn’t accurate. Part of the renowned chandelier is made of plastic, the facades are as thin as paper, and much of the gold isn’t even gold. 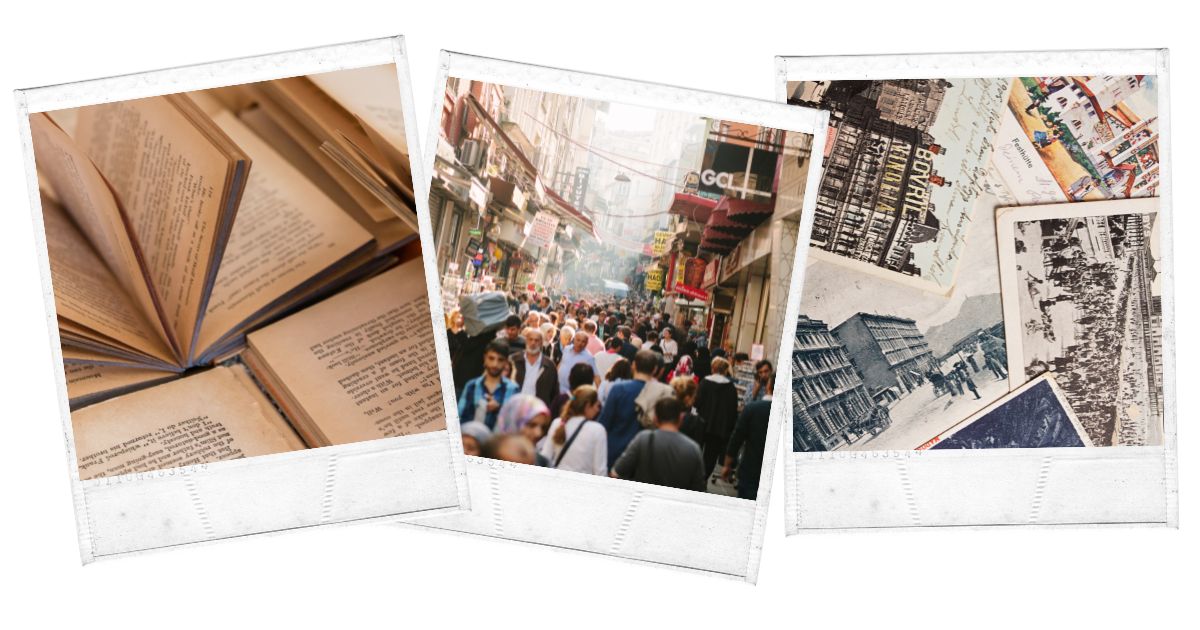 Al-Mutanabbi Street is one of the best places to go in Baghdad, Iraq

A street of knowledge and literary works

This street is well-known for its abundance of book shops and locations where one can purchase older Iraqi currency, postcards, and books.

This street goes all the way back to when the Abbasid dynasty was in power. It was the first place in the city of Baghdad where a market for booksellers could be found.

The street also features poets, singers, and drummers every Friday, and they sell books. So, take the opportunity to visit this location on a Friday so that you may participate in the variety of cultural events that will be presented.

This street is an excellent spot for book lovers and fans of literary works!

Visit this spot and take home a book or two! 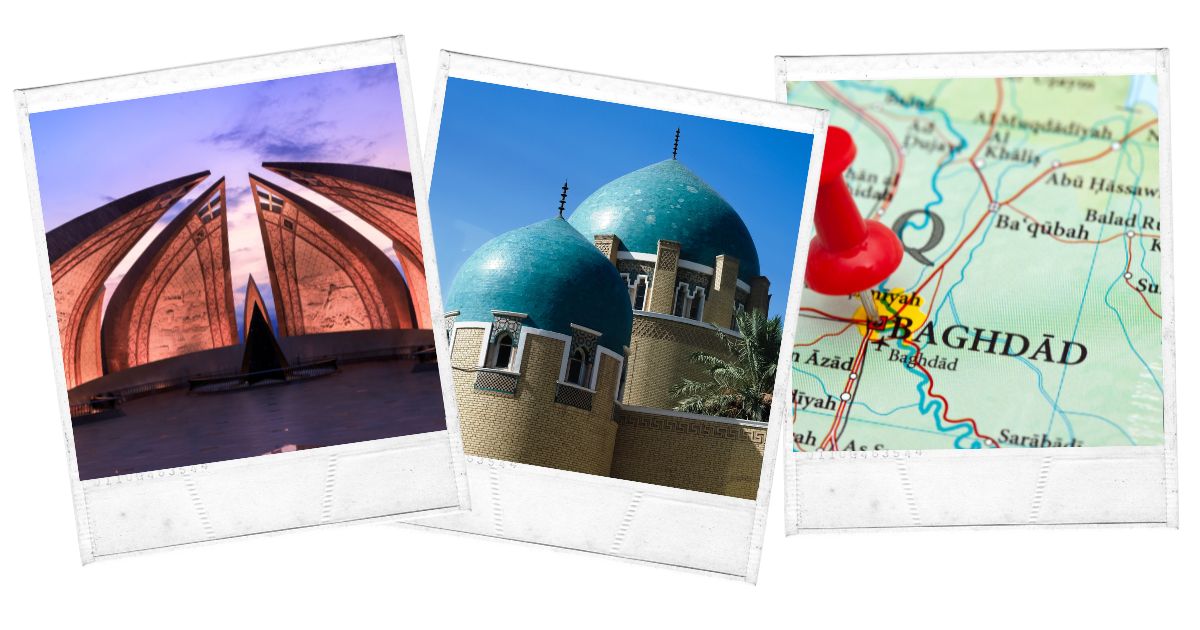 Al-Shaheed Monument is one of the best places to go in Baghdad, Iraq

The Al-Shaheed Monument was constructed to memorialize the fallen soldiers in the Iran-Iraq War. This landmark has quickly established itself as one of Baghdad’s most popular tourist destinations.

Under the monument, you can visit a small museum, a lecture hall, a library, and an exhibition gallery to learn about the war.

The Monument to the Unknown Soldier was one of several public works projects undertaken by Saddam Hussein in the 1980s to improve Baghdad’s appearance.

Ismail Fatah Al Turk, an Iraqi sculptor, and Saman Kamal, an Iraqi architect, were responsible for designing the Al-Shaheed Monument. It consists of an Arabesque or Abbasid dome that is 103 feet in height and is coated in ceramic tiles in a teal color.

Today, this elegant building has a beauty that betrays the trouble it came from. During such a pointless war, a lot of money was spent on building the monument.

Many consider it a disturbing reminder of a dictatorial regime’s tyranny. Nevertheless, it is also a remarkable work of art.

Explore and witness the disturbing beauty and history of this attraction in Baghdad! 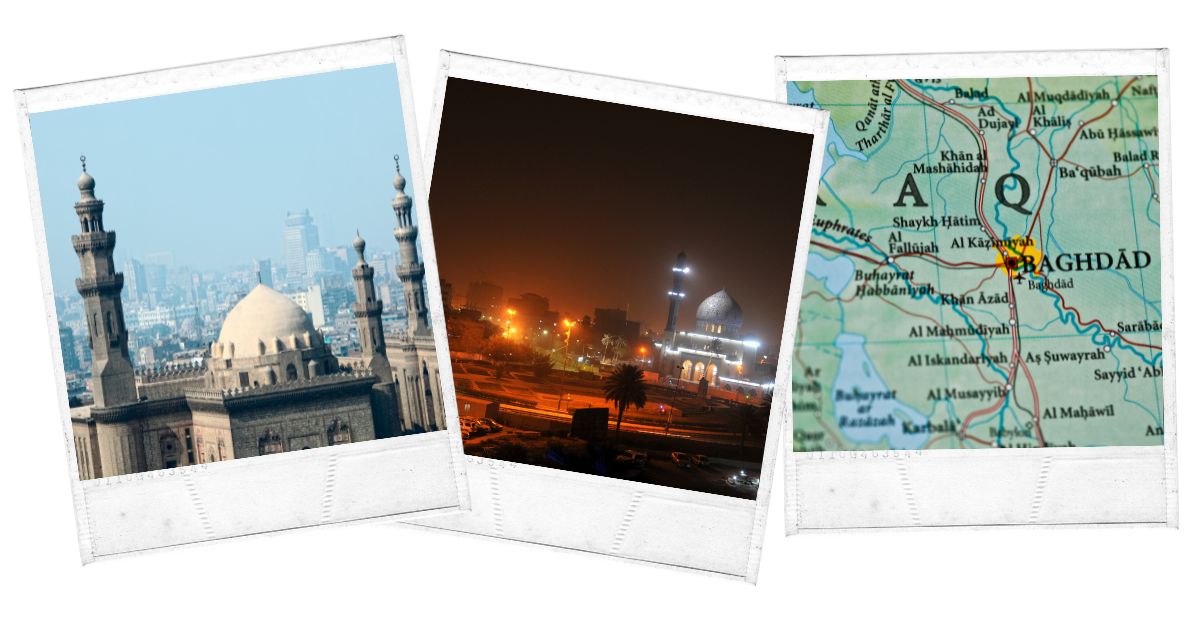 Al Yassin Mosque is one of the best places to go in Baghdad, Iraq

A trip to Baghdad will never be complete without visiting one of its famous mosques.

The Al-Yassin Mosque is just one of many remarkable religious monuments that characterize Baghdad and demonstrate the country’s grandeur.

The Al Yassin Mosque is a Shi’ite Islamic mosque and shrine found in the Kdhimayn neighborhood of Baghdad.

This building is a shining example of Islamic architectural design. The golden dome of the mosque and the four golden minarets make it a gleaming landmark against the backdrop of Baghdad’s skyline.

The appearance of the four golden minarets will astound you if you are entering Baghdad from either the north or west.

After being destroyed during the US-led invasion, the landmark has been restored to its former splendor after years of reconstruction.

In this mosque, you can also view the graves of Shiite Imam Musa Al-Kadhim from the eighth-century and 9th-century Imam Muhammad Al-Jawad, a descendent of the Prophet Mohammed.

Pay your respects and witness the magnificence of this Mosque! 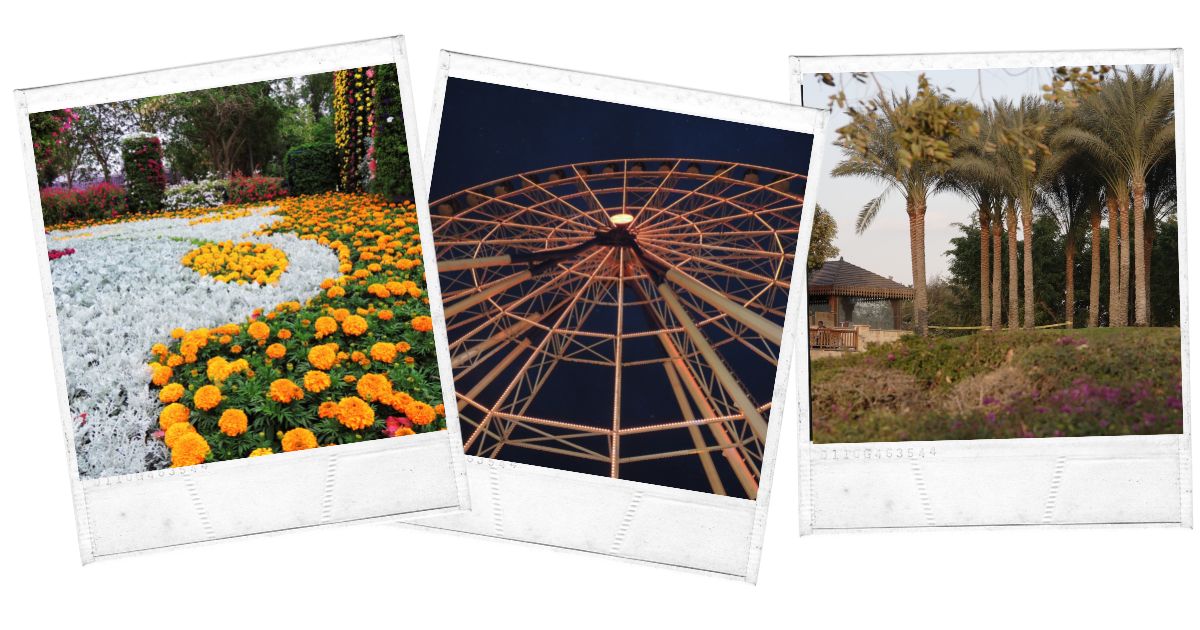 Al-Zawraa Park is one of the best places to go in Baghdad, Iraq

You’ll be surprised that Baghdad is home to a recreational attraction.

Al-Zawraa Park is one of the most well-known parks in Baghdad, and it is also one of the largest. The land that is now Zawraa Park was formerly used as an army camp, but it was later converted into a recreational space.

It is said that Al-Zawraa Park is one of the most significant recreational facilities in Baghdad, Iraq and that it is excellent for all members of a family. The park can be found right in the middle of the city.

Before or after going to the amusement park, the green space is a wonderful location to participate in various recreation activities thanks to its convenient location.

You may take a ride on the Ferris Wheel, go on an adventure around the zoo, have some fun throughout the playgrounds, and stroll among the shops and cafes in this park.

Parkgoers can admire flowers that have been thoughtfully planted as they wander through the grounds.

Include this spot in your Baghdad itinerary!

Take some time off and relax. Time to see the world. Use this travel around the world travel guide to explore all the countries! The United States is a must-see destination for any traveler. America is home to some of the most impressive and interesting museums that you will find nowhere in the world. Discover the best places to visit in each state in USA. 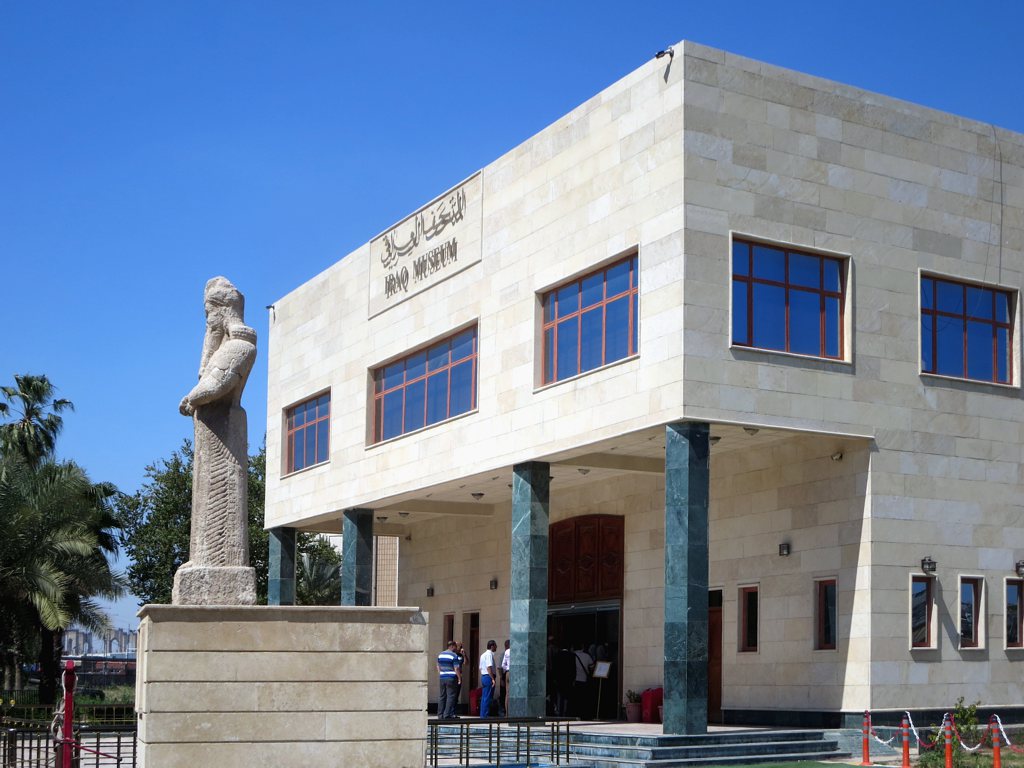 As stated by Christopher woods, there are things “that are nowhere else in the world” in this museum.

The British archaeologist Gertrude Bell, who started digging all over Iraq after the First World War, created a collection in the National Museum of Iraq. The collection includes valuable artifacts from the time of the Mesopotamian civilization.

From the first settlements to the rise and collapse of massive empires, the Iraq Museum’s extensive collection portrays the incredible story of human civilization.

Some of the many artifacts displayed in the museum are more than 10,000 years old. They show how hunting and writing tools, math, art, law, religion, industry, and, ultimately, people’s best and worst tendencies have changed over time.

Collections are thought to be some of the most important in the world, and the Museum used its 28 galleries to showcase collections from the 5,000-year history of Mesopotamia.

During the looting in 2003, a large number of excavation site pieces, like jars, vessels, and pottery shards, were stolen. So far, over 3,000 of these pieces have been found.

You shouldn’t miss witnessing these unique artifacts in Baghdad! 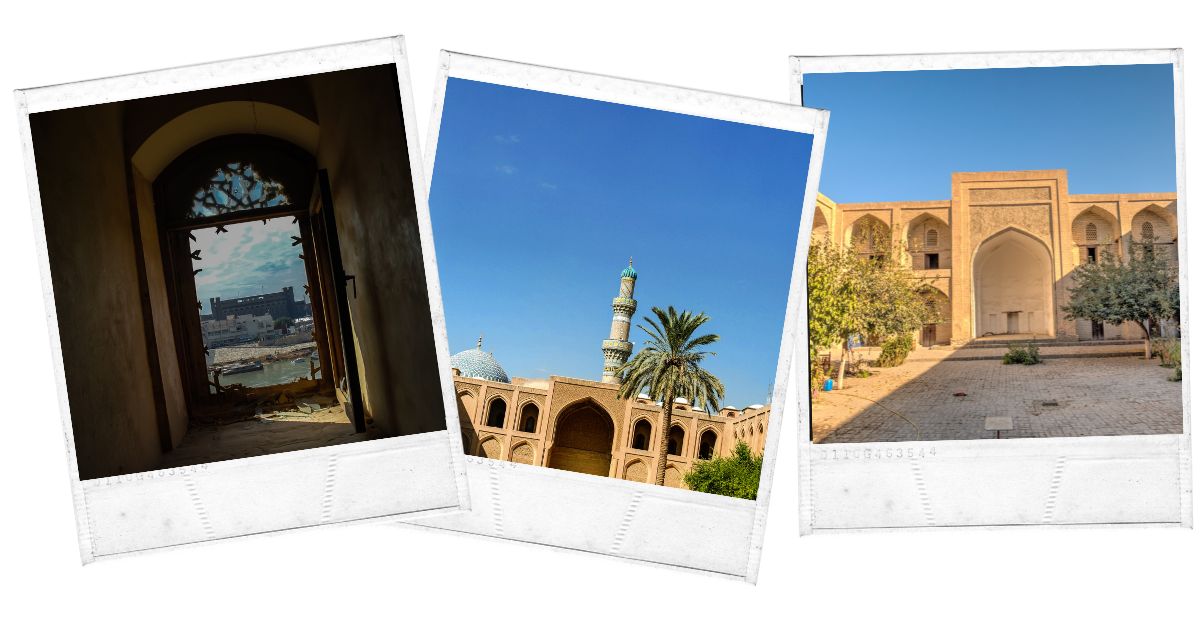 Mustansiriya Madrasah is one of the best places to go in Baghdad, Iraq

Step your foot on the grounds of one of the oldest schools on Earth!

It was considered Baghdad’s most significant academic institution in the past. The Mustansiriyya is important for two reasons. First, it is one of the oldest madrasas that is still standing. Second, it is the first example of a universal madrasa, which is a theological school where all 4 madhabs (rites) of orthodox Islamic law have been taught.

The madrasa, one of the world’s oldest educational institutions, has seen a number of eras over the decades, including as a commerce caravanserai. Despite it, the structure stood the test of time.

The madrasa’s interior was lavishly decorated. You will notice on both the inside and outside of the building that brick patterns were used to break up the dullness of the walls.

If you are a fan of beautiful architecture, this is certainly a spot that you can not miss. 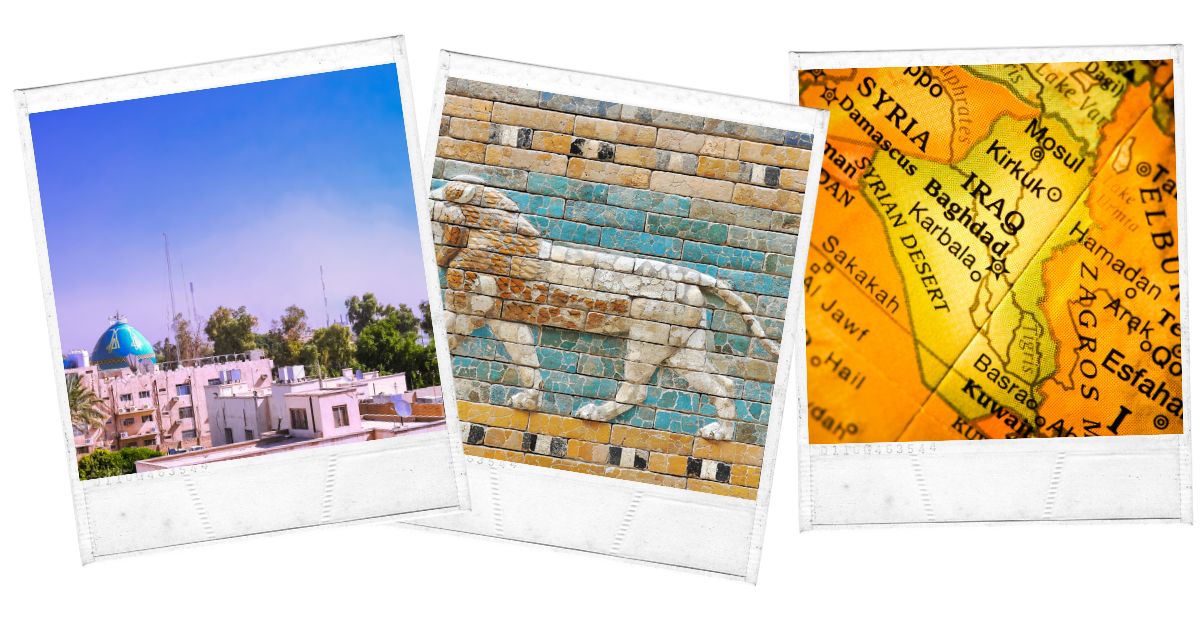 Nasb Al-Hurriyah is one of the best places to go in Baghdad, Iraq

A symbol of Iraq’s independence

The Freedom Monument, which is also referred to as Nasb al-Hurriyah, is a well-known and significant monument that can be seen in the middle of the city that serves as the capital of the Republic of Iraq.

The 14-figure Freedom Monument tells a story through images.

Following the events of the 1958 revolution, the Prime Minister commissioned an architect to design a monument commemorating the founding of the Republic of Iraq.

The Tahrir Square Liberation Monument was finished in 1961, just a few years after Iraq earned its independence in 1958.

It explains the historical events in Iraq that gave rise to the 14 July Revolution, which led to the Republic’s independence. It comprises a travertine slab featuring 14 bronze casts representing 25 people.

The Freedom Monument is one of Baghdad’s most impressive landmarks and must not be missed while visiting the Iraqi city. 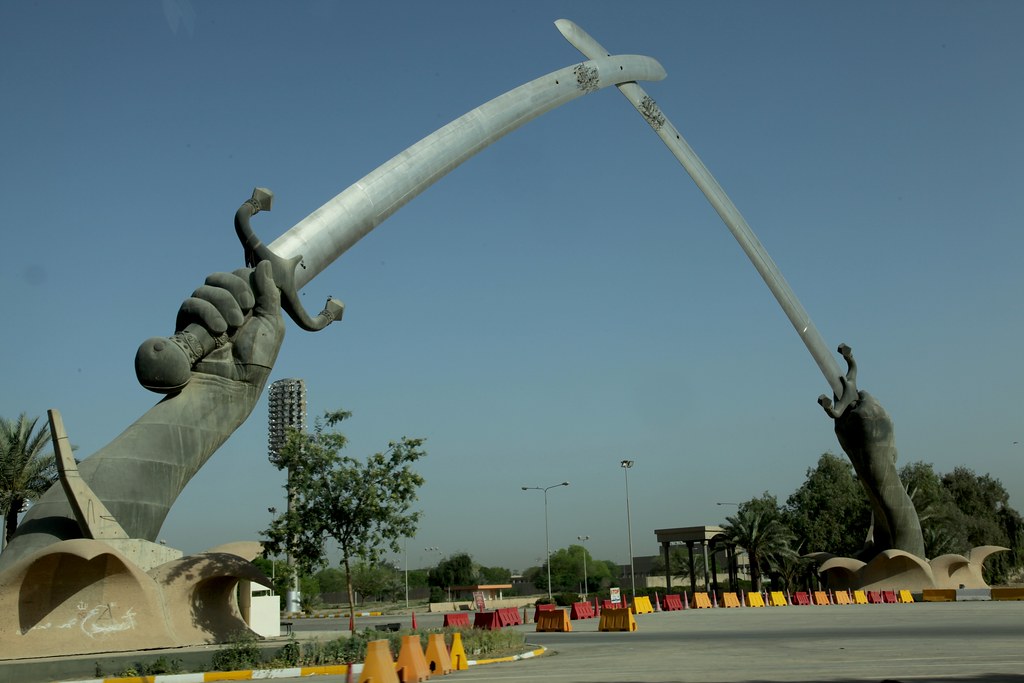 Take a walk under the historical cross of swords in Baghdad

At Baghdad’s central square, a pair of hands holding swords crossing triumphantly is known as the Swords of Qdisyah.

Saddam Hussein decided to construct these arches to commemorate Iraq’s success in its battle against Iran.

At the bottom of the arms, you will see numerous helmets which are found on the battlefield that belonged to Iranian soldiers.

In 2007, the Iraqi Prime minister planned to demolish them, but the US Ambassador was against it to prevent another Shiite-Sunni conflict.

With a total length of 140 meters, each blade is molded after the hands of Saddam Hussein himself, down to the enlarged thumbprint. Interesting, right?!

You must not forget to visit this iconic spot during your Iraqi journey. 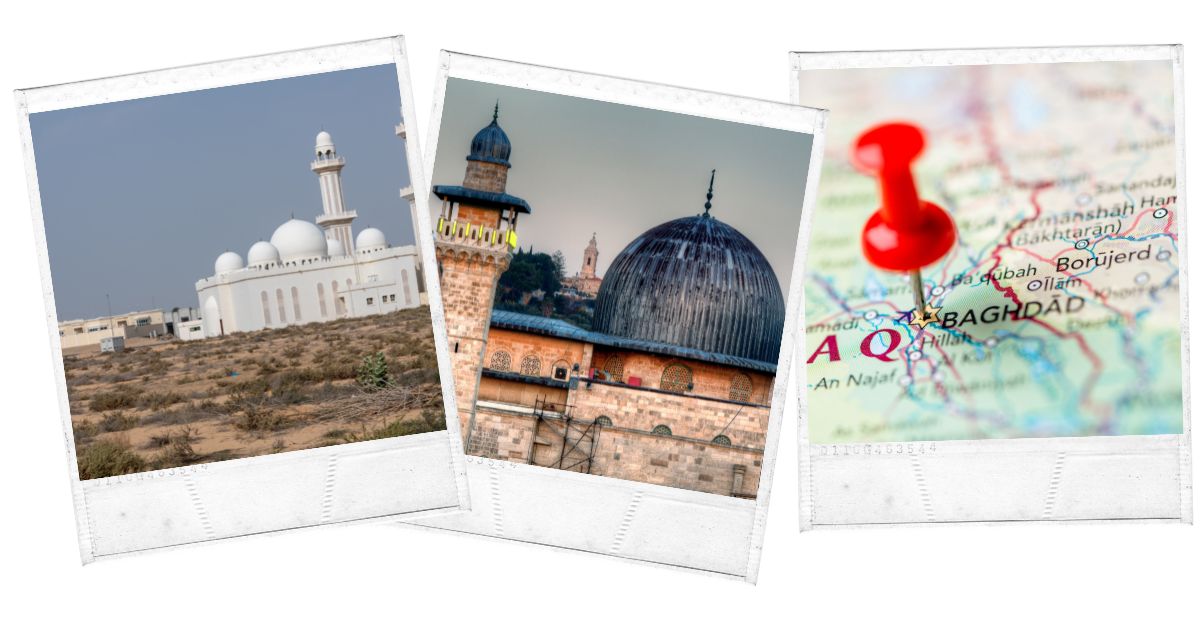 Umm al-Qura Mosque is one of the best places to go in Baghdad, Iraq

Witness a mixture of war and religion in one location

The Umm al-Qura Mosque, whose name translates to “mother of all cities,” was established in 1998 at the cost of 7.5 million dollars to the government of Iraq at the time.

It was the most significant religious building for Sunni Muslims in the city. It is now home to a Shia hawza and a haven for many people fleeing the violence in the Anbar Province.

The mosque was first called the Umm al-Ma’arik, or “Mother of All Battles.” It was built to honor Saddam Hussein’s self-proclaimed triumph in the 1991 Gulf War and to honor Saddam personally.

One aspect of this location that will astonish you is the mosque’s architecture, which was designed to resemble that of a fort or other military structure.

It is such an unusual religious attraction you must visit!